FxPro, an online multi-asset broker, has taken cautionary steps to lower its maximum leverage for select instruments ahead of the pivotal June 23 Brexit vote, which could instigate huge levels of volatility, according to an FxPro statement.

The decision to alter margin requirements ahead of major votes or events is hardly unusual, as FxPro joins a laundry list of other brokers that have thus far embarked on similar measures. The last major event of note that elicited such an industry-wide level of response was the aftermath of the Swiss National Bank (SNB)’s decision back in January 2015.

As such, FxPro has released the following new margin requirements that are slated to take effect on June 17, 2016, consequently running until June 24. 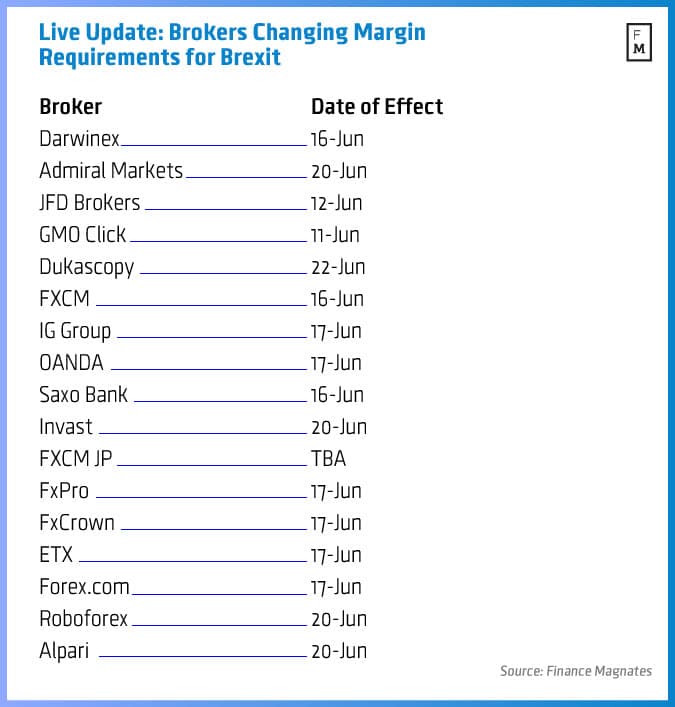 Share this article
Tags: Brexit / fxpro
Got a news tip? Let Us Know