Photo: The Japanese business of Compagnie Financière Tradition has been by far more profitable in 2015, Photo: Bloomberg
Share this article

It is now clear that October 2015 was an abysmal period for the Japanese retail FX business with trading volumes exceptionally low compared with the month before. One of the largest brokerage groups in Japan, GMO CLICK Securities, has just posted its monthly metrics ending in October 2015, showing very disappointing figures. The total GMO CLICK volume reached in October 2015 was just ¥0.926 trillion, a drop of 35% over the same figure from September 2015.

Just like its rival Japanese brokerage group Monex that reported its volumes earlier today, GMO Click has recorded the lowest FX trading volumes for 2015 in October. This is also the first time GMO Click’s figure has fallen below the ¥1 trillion threshold in the past twelve months. On a year-over-year comparison the results are also disappointing as GMO Click was able to achieve ¥1.156 trillion in October 2014.

The value of exchange-traded contracts during the month at GMO Click also decreased in October to just ¥436 billion, down 23% from ¥566 billion in July.

Last month, GMO Click reported a surge in trading volumes for September, despite the falling volatility of yen pairs. Now it’s obvious that it has been an anomaly or simply failed to hold up with the low volatility having a delayed effect on Japanese clients’ appetite to trade on the markets. The jump in September also caused the October volume to look bad in comparison. 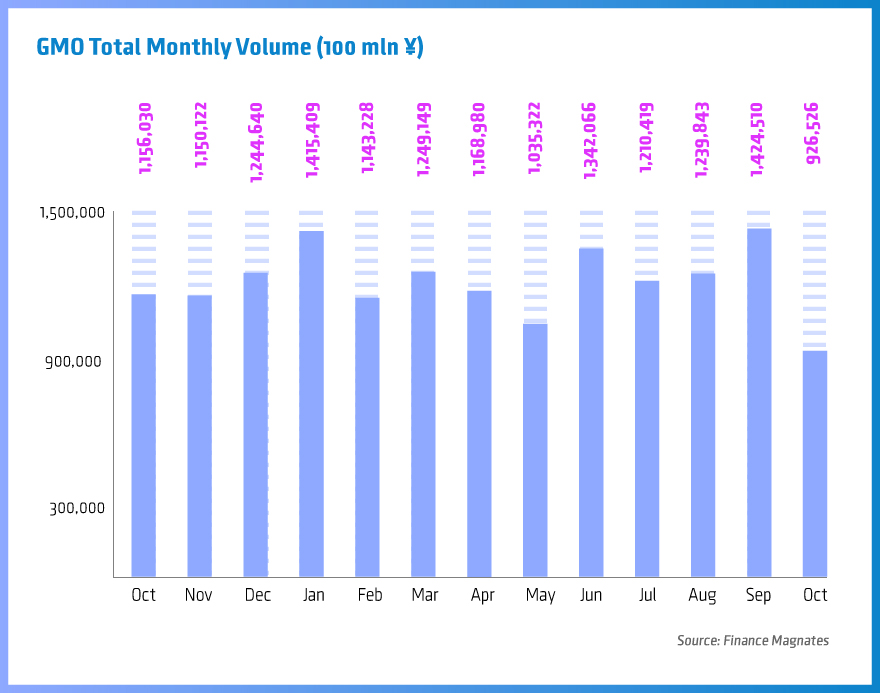