Regulatory authorities of two Euro Zone member countries have issued separate press releases today outlining a worrying trend – the emergence of imposter websites, or so called ‘clones’ that collect personal data and what could be even worse – fraudulently solicit funds from their victims.

The FCA has issued two press releases today, detailing the activity of two clone websites – the first is related to IAF Capital Limited and the second to SVS Securities, which are both in fact authorised by the FCA to offer, promote and sell their offerings within the UK regulator’s jurisdiction. According to the press release the first company is operating under the website http://en.iafcap.com. The second company’s link appears to be invalid or the domain has already been shut down by authorities. Both of the entities have copied information from the original websites of the companies they were clones of. 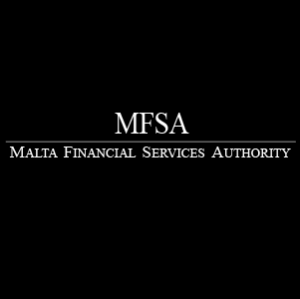 The Maltese Financial Services Authority (MFSA) has outlined another duo – Sky Forex, which is registered as a UK domain – www.skyforex.co.uk and FXDealer, which is also known as FX Dealer, FXDirect Dealer or under its internet presence address www.fxdealer.us. If the latter name sounds familiar to you – do not be surprised as FXDirectDealer, LLC is the company that is operating under the more widely known FXDD brand.

The entity behind Sky Forex is not a clone, but it has claimed to offer managed FX services with, as its name suggests, offers of sky-high returns and regulated under the MFSA.

Both entities have been allegedly offering services related to online foreign exchange trading, posing as licensed brokers offering their services legally with the authorisation of the MFSA. In reality both of the entities are unauthorised and have to right to operate within the jurisdiction of the Maltese regulator. Purporting to be a licence is a practice that many brokers nowadays use.

We have recently reported in separate articles about imposter websites, hence we can lamentably deduce that there is somewhat of a surge in such entities. Not only is it damaging to the industry, but it also shows that companies need to be vigilant to monitor for potential vulnerabilities. How can that be done? By diligently reporting to the corresponding regulator if the name or brand of your company has been high-jacked by some unknown purely digital entity.

The tactic of cloning a website is used by fraudulent entities enticing to gather personal data or to solicit deposits to allegedly new accounts. The FCA has warned the public that any prospective victims that are called “out of the blue” have to exercise extreme caution.

While the companies may use real data, including the company’s genuine name, phone number, address and cite a reference regulatory number under which they are authorized to operate, individuals need to be aware, about the dangers arising from communicating with such entities. According to the FCA individuals who are “cold called” should be vigilant as whether they have already provided their personal data to any financial services related clone.

How to Prevent Similar Entities from Harming Businesses and Consumers

The FCA has provided its firm helpline number (+44 845 606 9966) to companies who are willing to report if their website has been cloned, while companies regulated under the MFSA can turn to its website to file a complaint.

Meanwhile prospective customers of foreign exchange services have to pay close attention to the validity of claims that their prospective FX broker is claiming to be associated to. The first sign of trouble is if the website that a prospective new customer willing to open a forex account lacks SSL encryption when any personal data entry is involved. No decent broker would mistakenly leave that part out, since the security of customer data is one of many regulatory requirements, and of the utmost importance.

While any person that is more or less internet aware and has some experience with the forex industry would be quite amused at the design characteristics of some of the websites and the accompanying spelling mistakes, the dramatic returns that are claimed for managed funds, and suspicious bonus deals should raise enough alarm bells for visitors of clone websites.