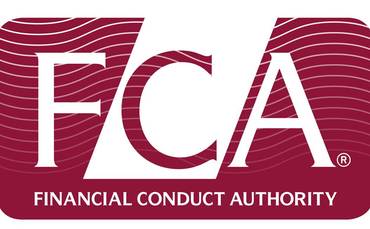 A busy time for the UK’s financial markets’ regulator, the Financial Conduct Authority (FCA), which today made a series of announcements and warnings to alert the public of news it had to share.

These updates included a cloned forex website, a warning of a FX broker unregulated in the UK, and a ‘warnings notice statement’ to two traders related to interest rate benchmark rigging cases, and whose identities remain non-public for now, as confirmed by Forex Magnates with a FCA spokesperson.

The first two warnings came earlier today from the FCA, with the regulator issuing back-to-back updates about two traders that it issued stern warnings to on February 26th, although they were unable to share their names yet as mentioned above, but have instead made the nameless updates required by protocol – nearly 1 month later (today).

This protocol is based on a law from 2012 where the Government’s principal rationale for giving the FCA this power was to promote early transparency of enforcement proceedings – thus hinting of action that may follow for these individuals.

An excerpt of one of the FCA warnings alleges, ” The FCA considers that, over a period of two years, the individual, who was a trader at a bank, was knowingly concerned in the contravention of Principle 5 by the bank for significant failings in relation to an interest rate benchmark. In particular, the FCA considers that the individual made requests to the bank’s submitters for the purpose of benefitting trading positions referenced to an interest rate benchmark.”

The other warning pertaining to the second trader included how the FCA said one of the traders was a manager and trader at a bank, who was personally aware of and condoned other traders making requests to manipulate benchmark rate submissions, and it appears more of a severe case in relation to the above mentioned trader.

Five such warnings have preceded the two announced today, surrounding interest rate benchmark rigging cases, and proof how cases related to that matter are not over yet -with the newest having just been announced hours ago.

Everest Markets Not Regulated in UK

In addition to the two announcements from earlier today, the agency has also just warned about a firm called Everest Markets (UK) Ltd, also known as Everest Capital Limited, which the FCA said it believes is offering products or providing financial services in the UK without any FCA Authorization.

This broker lists a Forex website, offering various known platforms, yet repeated calls to the company by Forex Magnates’ research team were not responded to – despite background noise heard after the line connected.

The FCA reiterated how almost all firms and individuals offering, promoting or selling financial services or products in the UK must be FCA-authorised, and that members of the public should be especially wary of dealing with such unauthorised firms and should protect themselves from scammers and those not registered.

Clone Website Warned about Previously by CySEC in Similar Announcement

Finally, with regards to would-be scammers, the FCA put out a warning that someone has created a fake clone website that aims to mimic a genuine FCA-regulated broker, as the scam artists aim to dupe clients by tricking them into thinking they are the real company that they are trying to imitate.

Upon reviewing the clone website fxttcm.co.uk listed in the FCA warning, it was clear that the registrant information visible from a who.is search was not accurate with a name Mark Mark, and the IP address appeared to have been emanating from Japan: 211.18.251.138.

It’s not clear whether based on the FCA and CySEC warnings, that a request could be made to the hosting company (Godaddy.com) to have the site removed, or whether further legal efforts would be needed to have the site taken down.

The FCA calls this type of scam the use of a “clone website,” and how fraudsters usually use this tactic when contacting people out of the blue, and that the public should be especially wary if they have been cold called since these fraudsters may use the name of the genuine firm- in an effort to deceive unsuspecting clients.

This is not the first time that a regulator has warned against this con-artist, barely two weeks ago the Cyprus Securities & Exchange Commission (CySEC) also warned about FXTTCM.co.uk.

The real website for the brand that the clone is trying to copy is TTCM, which stands for Traders Trust Capital Markets Ltd, which is a Cyprus-based broker that operates the TTCM.com website, as part of its regulated business, and not the fictitious FXTTCM website listed in the warning (note the addition of “FX”in the clone site).