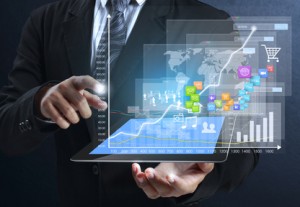 As we look forward to 2015, one common thread that often comes up during discussions between brokers, technology providers and traders as a next step for retail FX technology, is not just what new offerings will become available, but also establishing a common language to communicate what is presently available to brokers.

Even the staunchest traditionalists in the retail forex industry can attest to its dynamic and fluid nature, which has over the past decade coalesced and evolved as traders and brokers push the limits of their business models.

Words such as efficiency, latency, liquidity and infrastructure all seem to permeate the minds of technology providers and traders alike, however, one has only to look at the existing market framework to see that the fundamental components brokers have at their disposal to construct wholesale offerings have remained largely unchanged over the span of a decade.

In a world where Fintech is catching fire, with ultra-fast latency systems and immersive front-end platforms, one can easily become lost in the modern day hodgepodge of industry evolution and terminology. Retail forex brokers by and large have been remarkably resilient and proactive when confronted with change, especially given liquidity constraints and routing solutions, but for a long time the temptation of tech providers and brokers to jump on certain technology trends has led to some misclassifications and confusion around what actually is available, making the path ahead appear somewhat foggy.

In a recent contribution to the Forex Magnates Experts Site, Andrew Ralich, CEO of oneZero and Forex Magnates’ “Technology Expert,”  provided a framework which attempts to tackle not only the question of what’s coming next, but also what exists now, in clearly defined terms. In Andrew’s opinion, “Many of the conversations that happen between tech providers and brokers lose steam when there is confusion around what is actually being discussed. Ask ten industry veterans what the difference between an ECN and an Aggregator is, and you’ll likely get ten different responses. My goal for next year is to not only help define new technologies for the industry, but also establish a framework for discussing the existing technologies available in the current marketplace.”

As such, the retail forex space’s future is virtually limitless, with the inception of new players and offerings becoming more commonplace everyday. There are a variety of functions and components that constitute retail platforms, with many sharing the following distinctions (outlined by Andrew in the article):

Trading Platform – An access point by which the retail trader engages the broker. The core functionality of a trading platform is to display market pricing, initiate trades and monitor positions.

Liquidity Pool – A venue through which a market participant can engage in FX transactions and trade with a counterparty. A liquidity pool can be provided by a single entity or be the combination of multiple entities. Some pools are public, whereas other pools are built/run specific to a participant or set of participants.

Bridge – A conduit between a Trading Platform and a liquidity pool. Despite popular interpretation, not all Bridges come as third-party components. Many Trading Platforms include Bridge modules as part of their core offering.

ECN – A specific network of Liquidity Providers accessible by both Takers and Makers offering a transparent view of available liquidity to participants. What differentiates an ECN from an aggregator is: (1) the liquidity output combines both Taker and Maker orders and prices, and (2) participants to the ECN pool are governed not by a specific clearing entity, but by the venue itself.

Pricing Engine – A Pricing Engine takes externally driven pricing inputs to generate a customized outgoing price that is unique to a particular broker based on additional factors. These factors can include, but are not limited to, the broker’s internal position, skewing logic, time-based controls, volatility, etc. Unlike an aggregator or ECN, the Pricing Engine is specific to one clearing entity.

When asked how he feels defining the existing components that make up the Retail FX topology will help future decision making and innovation, Ralich feels, “At the very least, I hope the article fosters a discussion and classification exercise that has previously been loosely defined. In no way do I feel my definitions are 100% correct, but I do think participants in the Retail FX space should get on the same page in terms of the core components that exist today. From there, we can start to expand the dialogue and fill the gaps.”

It has yet to be determined whether it’s oneZero’s “Hub” concept, the evolution of Back-Office systems from providers such as Starr Systems targeted at multi-platform brokers, analysis and client profiling from the likes of Gold-I or Centroid, or some other trend that will take center stage in 2015. What seems to be a universally accepted concept is that before the next broker technology wave kicks in, it’s a good idea that we all get on the same page in regards to what we have today.