The stories that made the most impact in the forex industry this past week, judging by their popularity with our readers, involved technical issues with the MT4 platform, the performance of Plus500 Ltd (LON:PLUS) in the latest quarter and Markets.com’s deal with a famous football club.

Announced in May during the iFX EXPO as a beta product, MetaQuotes has finally launched its VPS offering this week for MetaTrader 4. Part of Build 735 for MT4, users will now have the ability to register a low cost virtual server directly from their Account Navigator window. The offering uses infrastructure from Webzilla which has been increasing its presence in the forex and binary options industry over the past year.

Unrelated to the updated build, Forex Magnates reported exclusively on Friday that the MT4 servers of several brokers have been suffering serious delays due to a vulnerability exploited by a single trader. In the comments, experienced MT4 tech professionals claimed that the problem could have been avoided if the server had been better managed, leading the CEO of one of the affected brokerages to explain exactly what happened.

On Wednesday, London Stock Exchange AIM-listed CFD brokerage, Plus500, issued its quarterly trading update detailing the company’s performance during the third-quarter of 2014. The firm reported that revenues during Q3 increased by 23.5% to $56.2 million, when compared to the second quarter, while for the first 9 months of the year the firm’s revenues totaled $162.4 million, which is 151% higher than a year ago.

A number of interesting details came out of the report, such as that the average acquisition costs per user remained flat at $1,005 per customer and that the number of new customers acquired by Plus500 during the quarter has grown to 14,850, which is higher by 17% when compared to the same quarter of last year and to the second quarter of this year.

This week Forex Magantes broke the story that the world famous Arsenal Football Club has selected Teddy Sagi’s brokerage, Markets.com, as its official trading partner. The firm hopes to use Arsenal’s fame to gain publicity in various markets, focusing mainly on China and Asia.

One commenter wondered as to how much such a deal would cost Markets.com and an expert in the field offered an estimation based on the specifications of the deal.

Big Changes on the Continent down Under

Staying in Australia, DMM FX has announced it is moving to offer what the company calls “Ultra-Low Fixed Spreads” on all of its avilable 29 currency pairs. The move by DMM FX can be seen as part of a price war following FXCM’s announcement from the week before when it switched to a raw spreads model promising to lower trading costs by 50%.

Is Binary Options Gambling or Trading? Try Both 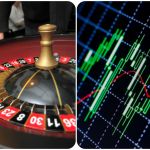 The new cooperation is meant to make both islands an accommodating destination for the financial trading industry in the same way that the Isle of Man and Jersey did for similar industries. Time will tell if the license they can they offer will beat the warm climate and sunny beaches of other competing jurisdictions for the business.

Share this article
Tags: Australia / markets.com / mt4 / plus500 / traders
Got a news tip? Let Us Know