David Leibowitz is a partner at the international law firm Berwin Leighton Paisner LLP. He handles a broad range of restructuring and insolvency assignments on behalf of UK and international companies.

The UK special administration regime for investment banks was introduced in 2011, in the wake of the Lehman Brothers collapse, to try to improve the process when an investment bank fails, and to prevent a recurrence of the massive disruption to the financial markets as was the case with Lehman.

A special administration is subject to the control of the English courts, and it has three aims:

Alpari (UK) Limited entered special administration on January 19, 2015, following the decision on January 15  by the Swiss National Bank to remove the informal peg of the Swiss franc to the euro. This led to volatility across the foreign exchange markets, resulting in Alpari and many of its clients suffering losses.

I had open positions on January 15. Those trades were forced to close on January 16. What happens with those positions, and can I claim those funds?

Yes, you will be able to claim any positive positions, once the close out position in relation to those trades has been calculated. You will need to follow the claims process in order to receive a distribution of any amount owing to you.

The claims portal is being opened on a staggered basis, due to the volume of clients, and complexities regarding the close out of trades after 09.00 GMT on January 15, 2015.  The first clients to receive access to the claims portal were those who had only a cash balance as at 09.00 GMT on January 15, 2015, and who did not enter into any further trades.

The validation work in relation to claims relating to positions which were open when Alpari entered special administration is ongoing. The JSAs will email remaining clients as and when the claims portal is to be opened to them.

The JSAs have reported that most clients will be able to access the claims portal by the end of March 2015. Any clients who entered into Swiss franc trades after 9.00 GMT on January 15, 2015 may have to wait slightly longer.

What is the best way to claim funds back? Through the special administration or via the FSCS? Which one is supposed to be faster for Chinese clients? 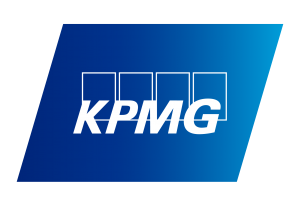 You can choose to pursue your claim either through the special administration, or by assigning your claim to the FSCS.

The FSCS is a statutory compensation scheme which may compensate eligible parties who have lost money as a result of the insolvency of a regulated entity. Compensation is limited to a maximum of £50,000 per person. The FSCS has confirmed that Alpari clients are eligible to claim under its scheme.

If you choose to assign your claim to the FSCS, all of your rights to claim in the  administration will be legally transferred to the FSCS (even above the £50,000 maximum FSCS compensation amount). When the FSCS receives dividends from the JSAs, it will pay the client any amounts owed to them. The FSCS rules require that a client must be no worse off whether claiming from the FSCS first, or the JSAs first. The FSCS will not make a profit on any assigned claim.

The JSAs have given examples as to how FSCS pays outs, along with any further dividends from the JSAs, may be calculated. The examples are for illustrative purposes only, as the JSAs are not in a position to estimate dividend payment amounts at present.

The country of origin of a client should not make any difference to the speed or amount of recovery.

How long does it take for clients to get their funds, whether via special administrator or via the FSCS?

If you decide to claim through the administration, the JSAs will deal with claims as promptly as possible. The claims portal was set up in order to assist in achieving this. Given the large number of clients that Alpari had (over 100,000), the JSAs considered that the claims portal would offer the most cost effective and efficient approach for agreeing claims.

Until the overall total of claims against the client money pool is established, the amount to be paid to individual clients with claims against the pool cannot be fully determined.  However, the JSAs have indicated that they may be able to make interim distributions. Information about any interim dividend will be found in the estimated outcome statement which the administrators expect to release in April.

Once a claim has been submitted, is there a law or precedent that provides a maximum timeframe?

There is no law providing a maximum timeframe for payment of claims. The JSAs are required to ensure that the amount of client monies and relevant costs is known before the entirety of the client money can be distributed.

However, one of the statutory aims of the special administration procedure is to ensure the return of client assets as soon as is reasonably practicable. The JSAs are therefore obliged to deal with claims as promptly as possible, and they have stated that they will keep clients updated as to progress.

There have only been a handful of other cases of firms entering the special administration procedure, and the speed at which client monies are returned to clients has varied according to the complexities of the case.

If the client is resident outside the UK, is their claim still valid?

I was in a tiny CHF trade with Alpari on the morning of the 15th of January. A long-standing stop loss was triggered by an initial downward move, leaving me with a small loss of a few Pounds Sterling. KPMG intimate they are looking at valuations on those trades that were live when the CHF situation developed. How likely is it that they might dispute the efficacy of the stop that was triggered and suggest my loss should be greater than the one which showed on my end of day statement?

The JSAs are currently analysing the treatment of CHF positions which were closed out on January 15. However, we believe it is unlikely that they will dispute the efficacy of the stop that was triggered.

Does the law allow collection of negative balance from a forex client?

Yes, the JSAs can collect negative balances from forex clients. On March 17, the JSAs reported that they were in a position to contact the first tranche of clients with negative balances. Currently, those clients that had open CHF trades after 09.00 GMT on January 15, 2015 are excluded, as the validation work in respect of those clients is ongoing.

The JSAs have appointed CCI Legal Services Limited (CCI) to act on behalf of the Alpari and the JSAs to assist in the recovery of debts due from clients with negative balances. CCI will contact clients directly.

Where clients held more than one account with Alpari, all of those accounts have been consolidated to calculate a single net balance per client. Each client should therefore only receive a demand for one amount reflecting the final aggregated balance of all of the accounts held with Alpari.

The JSAs are offering prompt settlement discounts to those clients who make arrangements to settle their account balances promptly. Details will be provided to clients by CCI.

Can a broker take action against a client’s bank accounts, wages, or real estate for this purpose? Which jurisdictions allow/don’t allow this?

This will depend on the law in the relevant jurisdiction, and the contractual agreements between broker and client. Specialist advice should be taken.

Is the special administrator accountable for his actions vis-a-vis the FCA? How does regulatory supervision work once the administrator sets out to do his task?

The JSAs are officers of, and subject to the supervision of, the English court. They have a statutory duty to act in the best interests of Alpari’s creditors. The JSAs must perform their functions as quickly and efficiently as is reasonably possible.

The JSAs should liaise closely with the FCA during the administration in relation to a number of matters including the close-out of client positions, their work relating to client money, reporting requirements, and compliance with other relevant FCA rules and Know Your Client regulations (to which Alpari is still subject). This is an ongoing process which should continue for the duration of the administration.

The information contained herein is intended to provide a general overview. It is in summary form and should not be treated as definitive legal advice in relation to any of the areas covered.

Six months to have money back? Shame on they.

Yes, shame on them. Because it isn’t fault of the clients that SNBomb went off.

actually there were no “SNBomb”, if so many customers wouldn`t had relied and profited on SNB`s costly efforts to keep the price of CHF. No matter how painful it may be, they had rights to do it, and it is only clients own duty to consider all risks involved in margin trading.
this is part of the whole game, go 1:1 and play safe next time.

I never traded CHF. Six months to have money back? Shame on them.

However, declaring you’ll keep the peg EUR/CHF three days before abandoning it, is irresponsible from SNB.