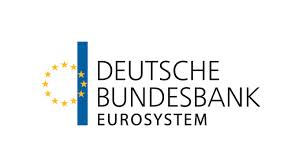 Europe’s interest in emerging Asia continues as central banks from China and Germany look for greater co-operation in financial markets. During a state visit to Europe’s largest economy, Chinese President Xi Jinping oversaw his central bank collaborate on clearing and settlement for the Chinese yuan with their German counterpart. The move comes as the Chinese currency extends its global presence and usage.

The People’s Bank of China (PBoC) and the Deutsche Bundesbank signed a memorandum of understanding as German and Chinese officials spoke about economics and politics in Berlin. Germany is pitching for a share of the growing volumes in offshore Chinese instruments. Under the new arrangement the central bank will allocate a clearing bank to clear and settle transactions in Frankfurt. German-Chinese trade has increased since China’s thirty-year rise to economic glory, in 2013 China was Germany’s second largest import nation after Netherlands, importing over 73 billion euros worth of goods and services.

Dr Joachim Nagel a Member of the Bundesbank’s Executive Board commented about the proposed partnership in a statement, he said: “The Bundesbank supports the creation of a renminbi clearing solution in Frankfurt. The city is one of Europe’s foremost financial centres and home to two central banks, making it a particularly suitable location. Renminbi clearing will strengthen the close economic and financial ties between Germany and the People’s Republic of China.”

Germany’s central bank joins the growing list of financial institutions offering domestic clearing in the Chinese yuan. In Asia, Hong Kong has spearheaded the process along with Taiwan and Singapore. In Europe, London, the world’s largest centre for FX trading has been a gaining traction as an overseas market for yuan trading. Earlier this week the UK Treasury extended its current position and plans to commence clearing in the yuan. Closer ties with Beijing have been a key point on the current government’s agenda, David Cameron visited China in early December last year.

Germany’s main cash and derivatives exchange has also strengthened their ties with China in a signing ceremony. Speaking at the event, Reto Francioni, CEO of Deutsche Börse said: “The extended cooperation between Bank of China and Deutsche Börse will foster the safety and stability of capital markets and stimulate economic growth. Both nations will benefit from it. At the same time, it is an important milestone in the further implementation of our company’s strategy. We are making good progress in Asia.”

Deutsche Borse initiated talks of an eastern focused business plan during its new year reception in January, Mr. Francioni explained (during his speech): “We have established favourable conditions to make Frankfurt a European centre for financial market activities in China. This will only succeed however, if the important institutions, policymakers and the financial centre here all pull together as a team.”

Offshore clearing of the renminbi is a crucial step in the overall liberalization of the controlled currency. Under the new regime, firms will be able to pay and receive funds in renminbi, in addition corporates will benefit from banks providing credit in the currency.

Hong Kong, the premier destination for offshore clearing currently oversees $5 billion of daily trading volumes, according to a report by the Hong Kong Money Authority on RMB payments in May 2013.

A number of Chinese banks have had a presence in Germany’s financial capital for over fifteen years. These include: Agricultural Bank of China, Bank of China, Industrial & Commercial Bank and the China Construction Bank Corp. Thomson Reuters, one of the largest dealer to dealer interbank platforms in the foreign exchange market saw record trading activity in its yuan contract in January this year. In addition, Russia’s main derivatives exchange has seen positive activity in its yuan futures contract.

Brokers in the margin FX and CFD landscape have extended their product offering to cater to the needs of traders looking for exposure in emerging market currencies. Several firms offer CFDs in the Indian rupee, Chinese yuan and Russian ruble.
Recently, the Chinese central bank increased the daily band of the renminbi trades. The currency has limited volatility due to the tight trading range, however the yuan has been weakening against the dollar over the last 7 days as China’s economic slowdown raises concerns on the impact on global growth. The UK’s benchmark index, the FTSE 100, traded in the green at the open on the last trading day of the week as mining stocks were optimistic on a possible increase in industrial sending in the world’s most populous nation.