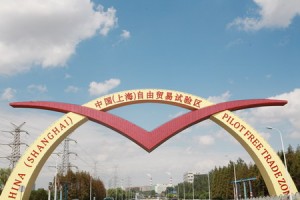 The days of full convertibility of the Chinese yuan might be closer than even the most optimistic crowd has been suggesting – the Shanghai Free Trade Zone (FTZ) is the testbed for new Chinese policymakers’ decisions surrounding the country’s gradual shifting to an open financial system with a free floating currency. And the testbed is about to get tested big time!

Chinese state press agency Xinhua has announced in a press release that a set of new rules on the implementation of a free trade account system will enable full convertibility of the Chinese yuan. The implementation should occur before the end of June – Chinese policymakers are willing to implement the solution in the first half of the year so there is a sufficient amount of time to test the effects within the environment of the Shanghai FTZ.

Aside from affirming the renminbi as one of the leading currencies in today’s rapidly evolving economic landscape, the move is aiming to secure cheaper funding for local companies from offshore sources. The rule of thumb is that offshore entities have sometimes been enjoying substantially lower funding costs than in the Mainland.

In a preceding move the People’s Bank Of China (PBOC) has allowed employees working in the Shanghai FTZ to set up accounts for offshore investment. In a move that eased restrictions on the money flow, the central has bank paved the way for substantial reforms.

The Deputy Director of the Shanghai FTZ, Dai Haibo, stated in the press release that financial reforms in the zone are expected to be rolled out and tested so they can be applied elsewhere in China by September, which will mark the FTZ’s anniversary.

All companies linked to the zone rallied sharply in yesterday’s trading, a sign that recent substantial worries about the state of the Chinese economy might be somewhat abating by positive developments on the regulatory front.

HSBC’s Chief Economist for Greater China, Qu Hongbin has stated in a research note that “China has a three-pronged approach to renminbi internationalisation: Expand the currency’s role in foreign trade settlement – it has already overtaken the euro to become the second to the dollar – encourage its use in cross-border investment, and develop offshore renminbi centres.”

As the yuan convertibility issue is gathering speed, all eyes will be focused on the results of Chinese policymakers’ liberalization efforts within the Shanghai Free Trade Zone. Every sign of positive reform implementation will be followed by commitments to a mirroring application in mainland China. The process could be sped up by authorities who appear to be cautious about the economy slowing down due to lack of sufficient internal demand.

As soon as the move really happens, there is little doubt that trading activity in the USDCNY pair will rise to significant levels. We have already seen curiosity among retail traders grow as the PBOC has engaged in the market to encourage more two-way flows in the currency and spoil the carry traders’ heaven.