As the Chinese currency is experiencing its largest weekly decline ever, it is becoming clear that yuan trading could become the newest marketing tool for attracting Asian clients to Forex trading.

The widening of the yuan trading band to 2% by the People’s Bank Of China (PBOC) last weekend is poised to present immediate results. With the Chinese economy slowing, the PBOC is looking to allow more two-way trading and it’s guiding the markets to depreciate the yuan for the first time since it was floated back in 2005.

Start Preparing for the Asian EUR/USD

Markets have started to price in increasing implied volatility which removes the obstacle to two-way trading that has up until now been provided by the simple carry trade that has worked for several years. The Chinese currency will become more attractive for retail forex traders since steady moves and an increased amount of market flows will boost its appeal.

This can be used by retail Forex brokers to target an increasing amount of potential FX market traders hailing from Asia. Marketing efforts will have an increased effect once there is a pair that prospective clients around the region can recognize as being an integral part of their economies. The Asian equivalent of the EUR/USD has been difficult to trade for domestic clients within China, however the latest steps by the PBOC are revealing its commitment to transform its foreign exchange regime and commit to a more market oriented mechanism of rate setting.

As one-way betting on the USD/CNY pair becomes obsolete we should expect increased volatility to stay with us for a while. Leveraged bets through the offshore yuan are unwinding and since this has been an almost constant carry trade since the managed float was introduced back in 2005, we can expect market activity to continue gradually increasing. 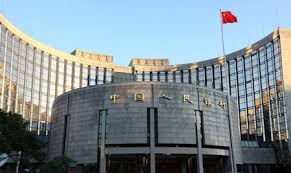 The Chinese Government has realized the implications of a constantly rising exchange rate on its local economy and since the PBOC is not feeling direct pressure to fight inflation it is taking the opportunity to relax its policy through the exchange rate instead of moving interest rates. According to sources close to dealings in the Chinese yuan market, the Chinese Central Bank has been an active participant in the recent move by actively buying foreign currencies.

The next move would be an introduction of more flexibility in the daily fixing mechanism that dictates price swings. There is already an example in the Asia-Pacific region that has combined market forces with solid control from a central bank. The Monetary Authority of Singapore (MAS) is managing the float of the Singapore dollar by directly intervening in the FX market. While inflation rates in the country have been quite volatile during the past 10 years, in the end its Consumer Price Index has averaged just about 2%, which is the target of most developed economies’ central banks.

Another important function that two-way volatility completes for the Chinese authorities is the reduction of hot money inflows. Considering the country’s massive stash of FX reserves it shouldn’t be a problem for the PBOC even if we were to observe some sort of a liquidity squeeze. It also opens the flood gates for even more Chinese products to be exported as the perception about an ever-appreciating Chinese yuan will grind to a halt.

Retail traders are used to not paying that much attention to the Chinese yuan because of low volatility and because it has been going one way for almost a decade. This has made them reluctant to participate in a long unfolding trend, by being too fearful to jump on the bandwagon before it crashes, or too reluctant to try and pick up the turning point that might never come. Well that’s now history and some crucial opportunities are appearing.

The main benefit to forex brokerages who are operating in the region is their ability to start offering a more attractive product to their prospective customers and break the news that clients in Asia can now trade Asia’s most important currency actively. The days of the ever-appreciating Chinese yuan are now over and the doors for the new EUR/USD in the face of USD/CNY are gradually opening.