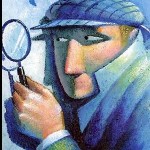 Federal Court Freezes Assets of Minnesota Residents Trevor Cook and Patrick Kiley and their Oxford and Universal Companies, Charged by the CFTC with Defrauding Investors of Tens of Millions of Dollars in Foreign Currency Scheme

Customer funds misappropriated to develop a hotel and casino in Panama and purchase seven luxury cars.

The court’s order, entered by Chief Judge Michael Davis of the U.S. District Court for the District of Minnesota, also prohibits the destruction of books and records and provides the CFTC access to such documents. Cook resides in Apple Valley, Minn., and Kiley resides in Burnside, Minn. UBFX and UBFXD are based in Burnside; OGA and OGP are based in Minneapolis. Minn.

CFTC charges defendants with running a massive forex scheme that defrauded hundreds of customers of more than $190 million.

The court’s order stems from a CFTC complaint filed under seal on November 23, 2009, in the U.S. District Court for the District of Minnesota, charging the defendants with running a massive forex scheme since 2006 that defrauded hundreds of U.S. customers of more than $190 million.

The complaint also charges that the defendants misappropriated customer funds to purchase property, develop a hotel and casino in Panama, buy seven luxury cars, a house boat and a submarine and fund their frequent gambling.

Defendant Yang also charged with fraud and providing false information to the CFTC.

The order stems from a joint enforcement action filed the same day by the CFTC and the Oklahoma Department of Securities, charging that, since at least July, 2003, the defendants fraudulently operated a commodity futures pool that had at least $8.7 million in assets and 140 participants. The CFTC complaint alleges that in their solicitations the defendants targeted members of Oklahoma City’s ethnic Chinese community. Yang allegedly solicited members of his church.

Yang is further charged with submitting a false declaration to the CFTC in response to a CFTC subpoena requiring the production of documents and information relating to Yang, Lee, FMG and others. In his declaration, Yang falsely claimed that he solicited only through email based on information on the FMG website, that the persons he solicited did not open accounts and that he no longer solicited for FMG. Yang failed to disclose that he was soliciting on behalf of Prestige and Lee. Yang actively solicited FMG and Prestige pool participants through his church and other personal solicitations, according to the complaint.