With nearly $27.9 trillion of assets in custody as of March 31, 2014, and $1.6 trillion in assets under management (AUM), the Bank of New York Mellon Corporation (BNY Mellon) has today reported its Q1 financial results, with net revenue of $661 million for the first quarter of 2014, from total GAAP revenue of $3.46 billion, during that time.

From BNY Mellon’s total revenue, $2.86 billion was attributed to total fee revenue (investment fees), and up 3% from $2.77 billion in the quarter before. From the total fee revenue segment, Foreign Exchange fee revenues totaled $130 million during Q1 2014. This number grew 3% over Q4 2013, from $126 million to $130 million, quarter-over-quarter, and from a year-over-year comparison FX volumes dipped 13% from $154 million from Q1 2013, to the $130 million reported today for the first quarter of 2014, according to the official press release earlier this morning in New York.

Comparisons with both prior periods, for the bank’s FX business, were described as impacted by lower volatility, and higher volumes driven by enhancements to its electronic foreign exchange platform.

Mr. Hassell added with regards to the effects on shareholder value, “The earnings power and strength of our business model allowed us to announce a capital plan that includes share repurchases of up to $1.74 billion, an increase of nearly 30 percent from the prior year’s board authorization, and a 13 percent increase in the quarterly dividend,” and concluded with the impact that regulatory changes have had on the bank’s strategy, “The management team is focused on actively realigning the business model for the new regulatory environment, controlling expenses and generating strong returns on tangible common equity.”

Shares of BNY Mellon on the NYSE under ticker symbol BK were up nearly two-tents of a percent to $33.76 per share, around time of publication by Forex Magnates.

A day after the earnings results were announced the Swedish regulatory authority Finansinspektionen issued a warning against a clone company which presents itself as BNY Mellon Wealth Management. The statement issued by the regulator detailed that alleged representatives of the firm have been calling Swedish investors and offering advice on US stocks.

The perpetrators of the unsolicited phone calls have been referring to a US regulatory authority in an attempt to gain credibility. The entity has been using an address in the US: 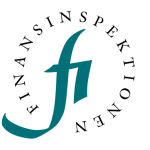 The Swedish regulatory authority reminds the public that the entity has no affiliation with the Bank of New York Mellon Corporation and fraudsters are normally using the details of an authorised company to gain credibility and try to convince people that they work for a genuine, regulated company. By using a ‘clone of authorised firm’ some entities are trying to manipulate investors into entrusting their funds to phoney companies or might as well be speculating with some penny stocks.

Share this article
Tags: earnings
Got a news tip? Let Us Know