They have figured out new ways to send money, and to lend it. They have analyzed data to better predict who can repay a loan–and who will. They can make credit decisions in minutes, not months, and get money into a business’ bank account before the end of the business day.

just like the waves in the ocean, every wave of expansion in business is followed by a pullback

They are financial technology companies and, since the global recession, hundreds of FinTech companies have been created around the globe to make finance more efficient and more effective in sectors from money transfer to credit scoring. Fxcompared.com, a site which covers money transfers, reported in 2015 that there were 320 alternative money transfer firms in the market[1]. DealIndex researched the state of crowdfunding worldwide, and found more than 1,250 platforms[2]. One other measure of how big the sector has gotten: there are 8.8 million search results for “FinTech” on Google.

In short, it is now a period of incredible innovation and expansion for technology in finance. But just like the waves in the ocean, every wave of expansion in business is followed by a pullback, and some of my colleagues and pundits in FinTech have posited that 2016 will be our year of consolidation. I think they’re right, but I don’t think it’s a negative sign for the industry. Mainly because most of the consolidations we are going to see will be combinations to increase the strength of the parties involved and not efforts to shore up defenses.

It’s easy to predict there will be consolidation in 2016, because it is already happening. Institutional Investor calculated last year that, since 2008, investment in FinTech startups had totaled nearly $3 billion around the world[3]. Companies with leading edge technology have been consolidated into larger FinTech players or into traditional financial companies looking to strengthen its FinTech credentials or expand into new markets, sometimes even outside the United States. Finance is, after all, a global business. Though not all terms were disclosed, the valuations of these companies aptly reflect the significance of the technology behind small business lending.

This kind of consolidation benefits both the established players and the startups. The longstanding banks no longer have to spend internal resources – made even more limited by the post-recession emphasis on increased compliance – on evaluating which financial technology works and which doesn’t. The market success (or failure) of the new FinTech companies makes that clear, and in far less time.

consolidation benefits both the established players and the startups

Consolidation can also help to more quickly scale the technology these FinTech companies are bringing to the marketplace. Once they are under the mantle of larger companies and have direct access to their established customer bases, the FinTech newcomers can save on lead generation costs and direct more of their resources to the technology which made them valuable in the first place.

No, not every one of the innovators at today’s FinTech companies will thrive inside a traditional environment, but that’s not always a bad thing either. Remember, some of the biggest innovations in the market today are the result of insiders who left the big ships to become entrepreneurs. Some of the internal entrepreneurs swallowed up in these latest consolidations will likely do the same, following their intuition and their data to new rounds of innovations and improvements in business lending.

For all my optimism about the course of consolidation in FinTech, I know that not every combination will be a marriage of strengths. Some start-ups will exhaust their resources and they will need to recover what they can from their assets. But in striving to improve the lending climate for America’s small businesses, all FinTech companies can be said to have succeeded.

“…in striving to improve the lending climate for America’s small businesses, all FinTech companies can be said to have succeeded.” -> A very nice thought. Fully agree. 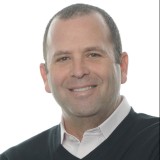