Poloniex is a cryptocurrency exchange based in Wilmington, Delaware, USA and has often had some of the higher trade volumes of all crypto exchanges. The company was created in January 2014 by Tristan D’Agosta, who remains the CEO until today. Since the exchange is based in the US, it is bound by US regulations. In February of this year, the exchange was bought by Circle Internet Financial Ltd., a company that specializes in mobile payments and has the backing of the American banking giant Goldman Sachs.

The exchange stands out due to the large number of trading pairs it offers. There are other platforms that let users exchange currencies with fiat, but this does not apply to Poloniex which only allows users to deal in cryptocurrency. The exchange is geared for more experienced traders who already have their cryptocurrencies ready to purchase. It also provides advanced trading tools which are extremely useful for traders.

The exchange remains a controversial one due to past concerns regarding its security. In March 2014, only two months after its launch, hackers attacked the exchange and stole 12.3 percent of the Bitcoin it held at the time. Poloniex took full responsibility for the attack and refunded its users, as well as dividing the currency stolen between the entire user database.

In October of 2017, it was discovered that there were two fraudulent apps on the Google Play Store with links to the exchange. These apps sought to target users’ login details as well as their Gmail accounts.

At the end of 2017, the exchange announced that all of its users had to verify their identity to have access to their funds and continue using the exchange. In May of this year, all accounts that had not already been verified were frozen which left some users unable to withdraw their funds. Since Poloniex previously promised that it would not stop users from gaining access to their funds, this move drew the ire of the exchange’s user base. The company said that once the accounts were verified, they would be unfrozen. 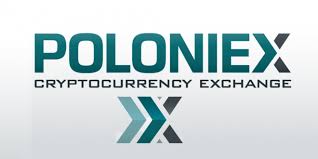 As previously mentioned, there is a large number of coins available on this exchange. The popular tokens such as Ethereum, Bitcoin, Ripple, and Litecoin can all be traded on the exchange. Unfortunately, there is no fiat exchange available so one would need to purchase Bitcoin first to make trades.

Poloniex’s reputation with its users is not ideal at the moment. The company provides a detailed FAQ and a request form for users who have not had their questions answered.

However, there have been nightmare stories of users having to wait as much as 90 days to have their issues resolved. It seems that the primary issue can be found in the fact that the company has too many requests for it to deal with.

Users mainly complain about the length of service times, although some have been mentioning slow withdrawal times which can be problematic.

These issues are something that new users should be aware of before using this exchange.

Poloniex tackles the issue of security in numerous ways. To deter hackers, it stores its customers’ deposits in cold storage wallets. It also looks to only keep a minimal amount of funds online in order to reduce risks of attackers gaining access to their funds.

The exchange also audits and monitors users’ activity on a regular basis to ensure no fraudulent activity is occurring. It then blocks accounts which are deemed to be suspicious.

For extra layers of security, Poloniex provides two-factor authentication. This drastically lessens the risk of hackers being able to get into your account, and every user should utilize the option.

With Circle being the new owners, the company looks to make Poloniex a regulated exchange by registering with the SEC and FINRA as both a broker and dealer. It also seeks to expand within the Asian market. Because it does not currently offer fiat it is not bound by certain regulations of other exchanges.

The accounts are not ideal for beginners but are relatively easy to create. There is a simple guide on the website which takes the user through the process. As of May of this year the firm requires 2 Factor Authentication to verify their account. There are also limits of withdrawals of $25,000 a day to verified users. To withdraw more, users must contact the company directly.

The experience with exchange is truly horrible. I strongly advise anyone against depositing any amount of money in their hands. One day you may discover that your account is frozen for unspecified reasons, and find yourself in an impossible situation, with your asset in an exchange that doesn’t reply to customer service requests. I hope it won’t become another MtGox