If you’ve decided to take part in an initial coin offering, there are a few things that you need to be aware of in order to truly grasp their intricacies. Once you’ve familiarized yourself with some basic concepts, then it becomes a lot easier to understand the rest of the ICO process. 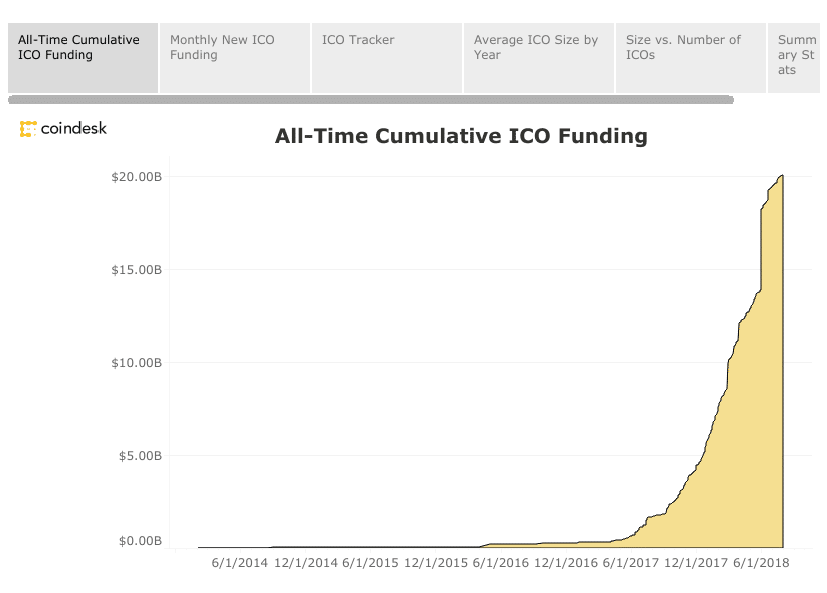 What is an ICO Token?

One of the more confusing things to consider for potential investors is what exactly an ICO token actually is and how it can work for them.

The primary difference between cryptocurrency coins and ICO tokens is the fact that ICO tokens are not technically currencies, and require no blockchain. Cryptocurrencies have some form of monetary equivalent and can be exchanged as such, whereas ICO tokens do not possess this quality. Tokens represent how many crypto-coins a person is entitled to receive when an ICO is over.

What’s behind the ICO boom? We’re not even done with the first quarter yet, and the data shows that ICO fundraising has already topped $3 billion. pic.twitter.com/ZKAeOlShtN

Thus, ICO tokens can come in different shapes and formats. No two ICOs will assign the same type of value to their tokens.

For example, one ICO token may give you part of the coin when it goes live, whilst others may offers other perks, potentially even shares in the business. This is a great way to look at the potential to make money from newer technologies and being the first to get on board when these technologies eventually come out and see the light of day.

Some tokens offer equity, whilst others can function in the form of credit where you’re effectively giving a loan to the person who is running the startup.

It is vital that you always read the whitepaper and contract that you’re agreeing to as you don’t want to be surprised when you’re waiting for the renumeration that you’re due. Being vigilant and careful in the digital world is extremely important in order to not be scammed or conned.

How Can I Participate in an ICO?

There are several points one must consider before deciding whether an investment in an ICO token is the right choice for you. Building up an understanding of what you are investing in and how it works is vital.

Ensure that the team behind the ICO is one that you feel you can trust and get behind. A good balance of experienced developers and innovative business minds is a good sign for a project.

To participate in an ICO, you undertake a relatively simple process which requires you to follow a few basic steps. If you follow them properly, then your risk of losing money is greatly reduced.

First off, you need to purchase the cryptocurrency required to buy the tokens, which most of the time are Bitcoin or Ethereum. Be sure to check which of these is accepted, as you do not want to buy currency that you do not need.

Next, you will need to create a crypto wallet where you can store the cryptocurrency. Make sure to look towards offline storage, which gives you control of your private key.

After you’ve set up the wallet, you need to send your public address, and you’re ready to be part of the ICO.

There are plenty of steps that you can take to avoid being scammed by an ICO. Though scams are becoming more sophisticated and increasingly tricky to spot, there are still certain precautions which can be taken.

The most important thing is to use common sense throughout the whole process. After all, if something sounds too good to be true, then it probably is.

A project may talk about unrealistic goals, making you believe that you’re investing in the next big thing. Conducting research into the validity of these claims is vital. A project should never guarantee anything, but make you aware of its potential if all goes well.

Miniera’s co-founder Christian Petermann has been arrested yesterday and is said to still be in custody. Some investors decided to further investigate on the project, read more about the findings here:https://t.co/29YGnqV6Wc@ICOSCAMBUSTER @ICOscams @icoscamalert #ico #ICOnews pic.twitter.com/HLfBF9Y4Mt

Another thing that you need to look into is the ICO’s white paper. Here you will find what is wrong or right with the way that the coin offering functions. It is a good sign if the document seems professionally written, but you should also see if the actual technology is explained in a practical manner. If there are many buzzwords but little substance, it’s probably best to be wary.

Finally, look into the team behind the project. Are they reputable individuals with years of experience in the industry who are looking to create exciting new technology? If the team behind the project not clearly identified, this is a bad sign. Additionally, if the social media profiles of the team members have only been recently created, and are not particularly popular, you should think twice before sending them money. Tracing the social media history of the developers is not difficult, and may save you a lot of hassle in the future.

What kinds of experiences have you had investing in ICOs? Leave us a comment below.