Blockchain can be the most confusing of terms for a lot of people. The majority have an abstract idea of how it works and what it can do, but nothing concrete.

Most see it as either the beginning of a financial revolution, or an irrelevant, silly, and even dangerous trend. In reality, governments and big companies worldwide have already demonstrated an inclination to move towards blockchain adoption, and implement it in any way to speed up financial and other processes.

How does Blockchain Technology Work?

In spite of the esoteric nature of blockchain technology, it is quite straightforward to understand.  In terms of its revolutionary power, blockchain has been compared to the internet itself. It allows for exchanges to work without any need for a central authority, as it is based on smart contracts.

The most renowned usage of blockchain technology is the Bitcoin network. This digital currency that can be used to exchange products and services, just like the United States Dollar (USD), the Euro (EUR), and other global currencies.

To understand what the term “blockchain” means, we must first take a look at what the word “block” means in this context.

On the Bitcoin network, each block is capped off once it reaches one megabyte’s worth of transactional data.  The blocks are then added onto each other in a linear fashion, forming a chain. Hence, the name: blockchain.

The process by which blocks of data are added to the blockchain is called “mining.” Computers that uphold a blockchain network, also known as nodes, solve cryptographic equations. The process of solving these equations confirms transactions so that they can be added to the blockchain; in exchange for their work, the nodes are given rewards in the form of the network’s cryptocurrency. The algorithm that makes this process possible is called “Proof of Work.”

Blockchain networks are very secure, as more than half of the computers on any blockchain network would need to be compromised for a hacker to successfully break into the network and make changes to a blockchain.

Networks that have public blockchains are also considered to be very secure as anyone who is interested can look and see all of the transactions that have been confirmed on a blockchain at any time. For example, Bitcoin’s blockchain can be viewed at https://blockchain.info/.

The transparency and immutability of blockchain are also reasons that many people consider smart contracts to be far more secure than other types of digital or paper contracts.  There is no opportunity for loss of contracts like there would be paper ones, and blockchain-based smart contracts are also less vulnerable to hacking.

Furthermore, it is far easier to hack centralized servers of banks and company sites where other important documents are stored. The security offered here is far more pronounced than in other institutions.

This means that if centralized institutions decide to switch to blockchain, it would be very difficult for a hacker to access the data stored on the blockchain. It also could mean that corrupt or disgruntled employees cannot take advantage of their clients. Blockchain offers privacy and anonymity which a network operated by a third party cannot guarantee.

What Can Blockchain Technology Be Used For?

Beyond Bitcoin, blockchain can be used for a myriad of different things. Whilst at the moment Blockchain is mostly associated with Bitcoin as well as other types of Cryptocurrency, the potential security offered by it allows for so much more.

For example, it can be utilized for humanitarian needs. During the crisis in Syria, blockchain vouchers were sent to refugees for them to have access to funds which they could then use to buy food. Such a thing would not have been possible with bank transfers or other forms of sending money. As the currency is decentralized, anyone would have been able to access it. It allowed the circumvention of bureaucratic complexities in a time of need.

With this in mind, it can allow people with fewer financial opportunities to access funds. It allows sending money between people who are impoverished to be simplified as they only require a phone to access funds, and do not have to use centralized banks with high transactions fees. Money can be sent all over the world for minimal cost.

Its security also means that governments can implement it to tackle issues such as voter fraud. It allows for a system where no third party can access it, which means that rigging elections becomes extremely hard. It can also make governments more efficient in keeping records and storing information securely, without much opportunity for corruption.

In the art world, it can provide a secure network for trading expensive paintings, and can cut out middlemen in the music industry, giving the power to the creators. Royalties and commission can be paid more quickly and distributed fairly while getting a product to a consumer can be done far more quickly and directly.

Bitcoin was invented by Satoshi Nakamoto, which is a pseudonym for a person or a group of people who are behind this project. No one knows who it is or where they’re from. Though the name is Japanese, it can simply be a red herring to throw people. Bitcoin was released in 2008 and became the first real implementation of blockchain in practical terms. While the ideas behind blockchain can be traced to the early 1990’s with Stuart Haber looking at ways to secure chains of blocks through cryptographic means.

However, the identity of Nakamoto remains a mystery and is unlikely to be revealed in the near future if at all. 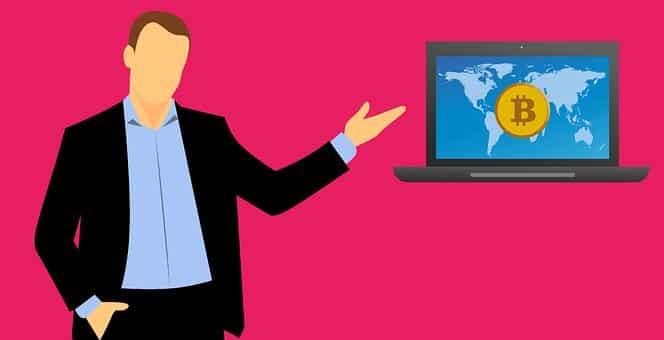 Blockchain is an exciting idea that is still in its infancy and is yet to fulfill its true potential. While it has already made a big impact regarding cryptocurrency, there are still far more avenues to explore as developers look to evolve and improve their products. While some dismiss it as a fad, it seems given that governments are putting money into it that it is here to stay. The opportunities with Blockchain are limitless; it is now about applying them practically.