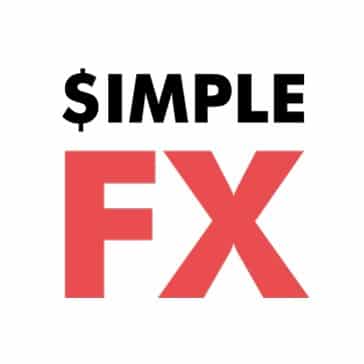 What is a Bitcoin Fork?

In the context of cryptocurrency, a ‘hard fork’ is not a dining utensil made of Boron Nitride. A hard fork is a kind of software update to a blockchain’s protocol that changes the way a blockchain network operates, causing a divergence in the network.

Sometimes, the old chain essentially ‘ends’, and the network’s coins carry over to a new change. In other instances, however, this can result in the creation of a new, separate chain and a new cryptocurrency (for example, Bitcoin Cash, which was hard forked from Bitcoin.)

Hard forks take place when enough people agree that a change to a blockchain network’s protocol is necessary. In a way, this is akin to people regularly updating applications on their computer–except that in order to hard fork a blockchain.

In order to successfully integrate a hard fork, the majority of nodes on a network must install the new version of a blockchain’s software. This is similar to the way that changes to cell phone networks require numerous phone firms having to agree.

Hard forks are very similar to another kind of software upgrade known as a ‘soft fork.’ Soft forks happen when a crypto’s existing code is altered, an old version remains while a new version is developed. However, with a soft fork, only a single blockchain will remain verified as users adopt the undertake the updated version.

When new cryptocurrencies are created through hard forks, it can be intimidating to figure out how to claim and trade them. Here’s everything you need to know to easily trade forked currencies.

When the network for Bitcoins form into a fork, a little bit of the value which was in the network tends to split into the forked chain. For example, When Bitcoin Cash forked from the Bitcoin network, the price of Bitcoin was altered from $2800 to $2700 in July of 2017.

This means that the assets of the individual may fall in value but due to the fork, the individual make gains when it comes to the fact that they now have a corresponding amount of another currency (Bitcoin Cash, in this case). Despite the loss in the primary coin, the value of the secondary coin offsets this so the user would actually make some form of profit overall.

Ultimately, forks can allow of the solutions of problems of the original coins and can even develop the coins in a way that would make the more palatable for investors. The differences in the code behind the fork can be extremely useful and innovative for a given investor.

Furthermore, they allow for the development of a given token in a way that would maximize the profits in the sense that the fork would be worth more than just the original value of the token.

It is likely that Bitcoin will see many more forks in the near future given the nature of the way that the coin is moving forward. Since Bitcoin Cash forked to create a separate currency there have been numerous other cryptocurrencies created through Bitcoin hard forks–none have been nearly as successful as BCH.

It remains to be seen whether a currency can actually be successful having forked off of Bitcoin without having to rely on its name. Whilst some people believe that Bitcoin forks can replace Bitcoin altogether, none of the coins forked from BTC have been up to the task.