Well, everybody, it’s fork day – Bitcoin Cash is about to get several software upgrades that should improve the network’s functionality (if all goes according to plan.) Implementation is scheduled for 16:00:00 UTC so be sure to get your popcorn popped and gather up the kids to watch the minutes roll over.

Hard forks (which is basically just a nerdy and esoteric way to say ‘software upgrade’) are typically a time of celebration. Why? Because traditionally, holders of a coin that undergoes a hard fork have their currency doubled–they keep their old coins and receive a new coin, the upgraded version. In fact, when Bitcoin Cash was hard forked off the Bitcoin blockchain, BTC token holders woke up the next day with an equivalent amount of BCH tokens.

However, while today’s software upgrade is technically a hard fork, BCH holders will not have their coins doubled or receive any new cryptocurrency. Instead, the value of the old BCH blockchain will be canceled and token holders should be able to use their coins on the new blockchain without a hitch.

Those who are running Bitcoin Cash network nodes, however, should immediately upgrade to Bitcoin ABC 0.17.1.

Bitcoin ABC 0.17.1 has been released!https://t.co/FanRiTj7Mf

Because this hard fork does not bring new coins with it, the upward price movement that’s usually typical in the days leading up to a hard fork has been absent–in fact, the opposite has been true.

One factor that may have negatively affected the price of BCH is the decision of BL3P, the Netherlands’ largest cryptocurrency exchange, to drop the coin.

At press time, Bitcoin Cash was trading at roughly $1,430 per coin. 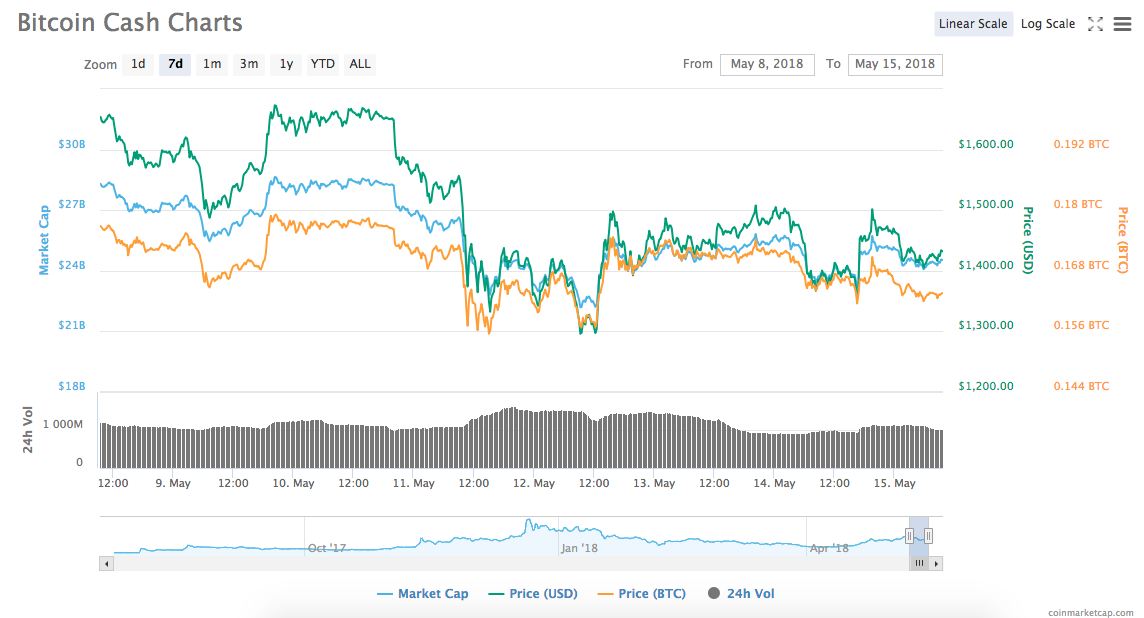 According to a blog post by BitcoinABC, the hard fork will bring several changes to the network, including an increase of the maximum block size to 32 MB. Previously, Bitcoin Cash’s max block size was 8 MB, which allowed as many as 61 transactions per second to be confirmed.

The upgrade will also add or reactivate several Bitcoin script operation codes, the most notable of which may be ‘OP_RETURN’, which will increase data carrier size to 220 bytes. This makes it more easily possible to create ‘colored coins’ and to create time-stamped data on the BCH blockchain.

Bitcoin Cash underwent its first hard fork in November 2017, just a couple of months after its inception. The initial hard fork improved issues with estimating mining difficulty on the BCH network.