The cryptocurrency market is still in its formative years as early adopters, stakeholders, and regulators continue to work towards creating an efficiently functional ecosystem. The fact that the cryptocurrency industry is yet to find an optimal balance also explains the incredible level of volatility in the markets.

Unfortunately, when Bitcoin sneezes, the rest of the cryptocurrency industry tends to catch a cold – right now, Bitcoin is sick and many of the altcoins are suffering the ripple effect. 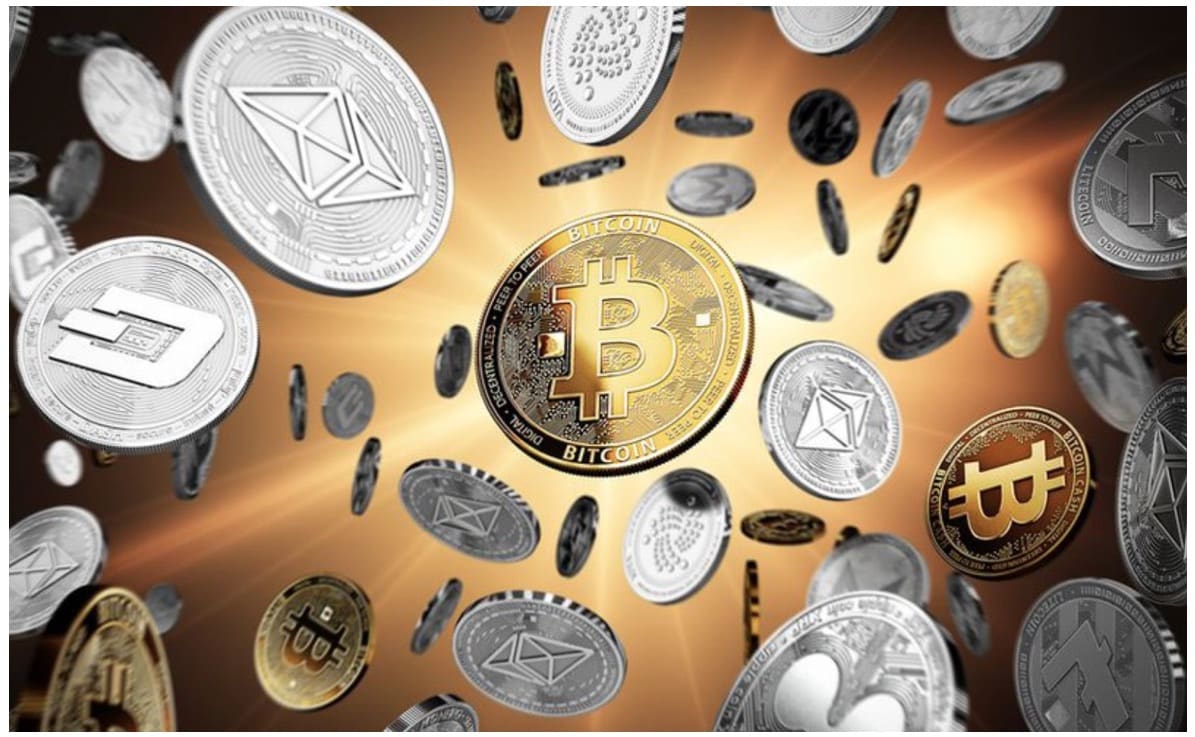 Many of the new cryptocurrency investors who bought Bitcoin in the hopes of replicating the massive 2017 gains are probably thinking about how to get out of the markets right now. Bitcoin is trading under $9,000 after falling from the $20,000 highs that it made last year.

In the year-to-date period, Bitcoin has lost an unbelievable 32 percent (see chart below) and many other altcoins are down with mid-hundred double digit losses. 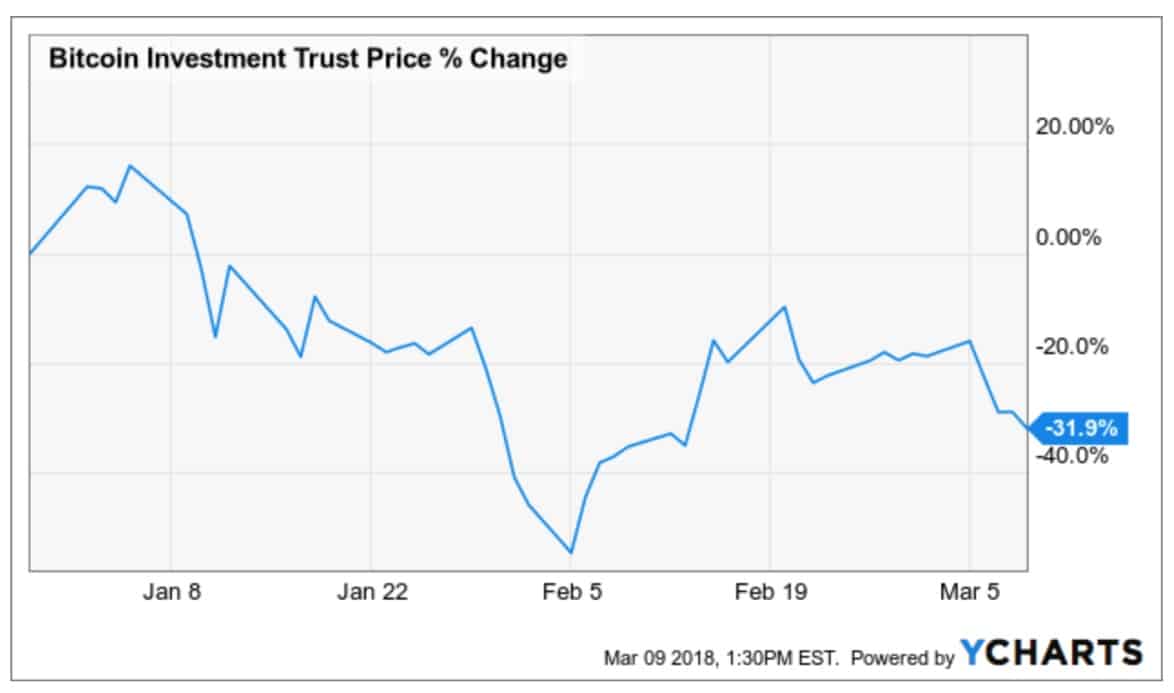 The current weakness in the price of Bitcoin contrasts sharply with the 1,560 percent gains that the cryptocurrency recorded last year, and it is remains to be seen if 2018 will be a profitable year for cryptocurrency investors.

However, Lester Dawson, a trader on Olsson Capital notes that “the 2018, year-to-date decline in Bitcoin is not particularly unbelievably divergent from the performance of the cryptocurrency in the same period last year.” Between January 1, 2017 and March 9, 2017, Bitcoin had only booked a mere 4.81 percent, and much of the sky-high gains recorded in Bitcoin surfaced much later in the second half of the year (see chart below). 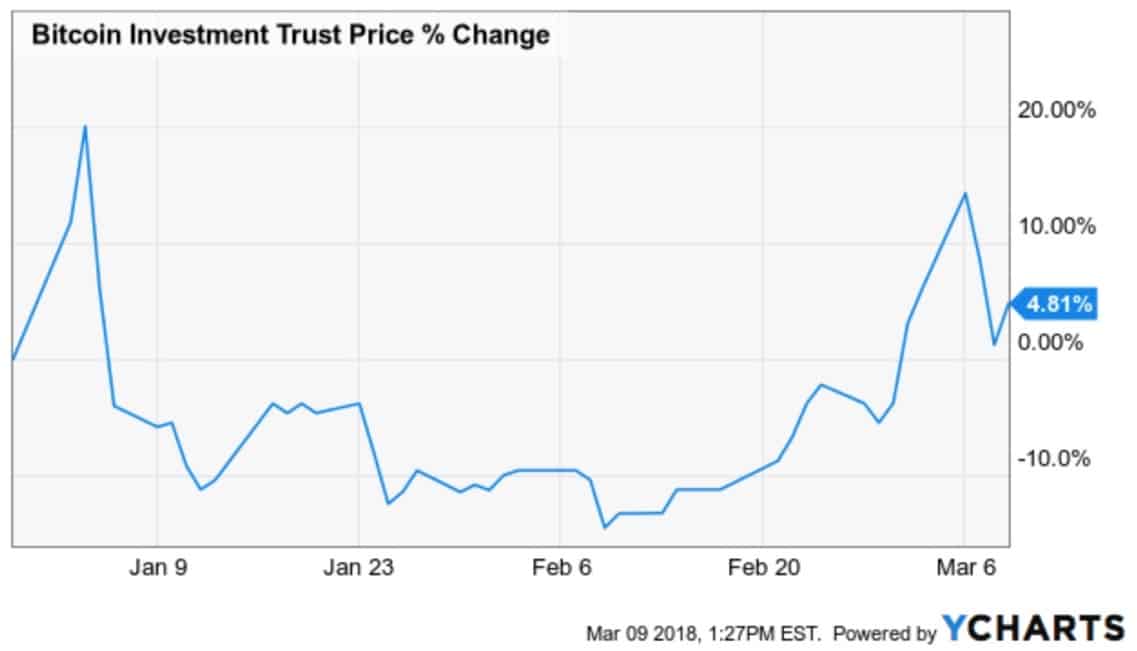 A better way to invest in cryptocurrency

Recently, news broke that Coinbase is creating an index fund through which people can invest in cryptocurrency instead of placing direct trades on its exchange. If Coinbase’ cryptofund gets off the ground, investors who are scared of the inherent volatility in cryptocurrency might find the idea of such an index less daunting.

Investors may also want to check out the Digital Large Cap Fund created by Grayscale Investments, which provides exposure into a mix of four cryptocurrencies. Bitwise Asset Management also has a HOLD 10 cryptofund that gives you exposure to a mix of 10 cryptocurrencies that includes Monero, Dash, and Stellar among others.

In the words of Reuben Bramanathan, product lead for the Coinbase Index Fund “We are working towards funds that will be available to all retail investors, that includes fulfilling all regulatory requirements…  We’re expecting huge demand from retail when that’s available, and we want to be in a position to accept that demand.”