Not long ago, video gamers were viewed as “do nothings” who were wasting their time staring at a screen when they could be up and about doing something productive. Today, that concept is entirely changed.

The rise of esports has reoriented our understanding of video gaming and its role not just as a leisure activity but as a potentially lucrative financial endeavor as well. eSports is a competitive version of the video games people routinely play in their living rooms, and the competitions are not unlike a sporting event.

The largest contests sell out arenas with raucous fans cheering for their favorite players, except that instead of facing a court, the fans are focused on a stage with enormous screens where competitors use powerful gaming PCs to compete in popular games.

The best players earn a considerable amount of money for their efforts. At an event in Seattle, a five-member team split a prize of more than $9 million. This earned them each more money than the winner of the Masters, a golf tournament renowned for its high-dollar first place prize.

Now, for the first time, the concept of building a revenue stream from playing video games is moving from the big stage to the living room. BUFF, a blockchain-based virtual gaming economy, pays rewards for in-game achievements and other virtual heroics. In other words, gamers won’t long be ridiculed for “doing nothing.” They will definitely be doing something.

Bitcoin, the first and still most popular cryptocurrency, introduced the world to the power of digital currencies. Since the beginning of 2017, the crypto economy began rapidly expanding as platforms started capitalizing on blockchain technology to create compelling new initiatives powered by digital currencies.

In the first half of 2018, there were more than 400 ICOs that raised a more than $10 billion to get their projects off the ground. BUFF enters this movement with a digital token exclusively for gamers. The BUFF coin functions like a monetary expression of a loyalty program for gamers.

Using a mobile or desktop app, gamers sign up for the BUFF ecosystem, and they immediately begin receiving rewards. For instance, players earn BUFF coins from in-game accomplishments, platform loyalty, and even time spent playing a particular game. This currency can be exchanged for fiat money, but it can also be used to make in-game purchases and other platform-related exchanges.

As a blockchain-based platform, BUFF allows gamers to earn rewards from multiple games across varying platforms. It’s an inclusive solution that brings that creates a compelling reward structure for all players. As Deloittewrites, when it comes to customer loyalty programs, “The implementation of blockchain can drive the customer experience to the next level.”

BUFF partners with Overwolf, an open sourced app store that offers more than 200 of the most popular games in the world. BUFF and Overwolf are fully integrated so users who participate in Overwolf’s platform can quickly connect to the BUFF reward system. With more than 15 million active users, Overwolf is a prominent place for gamers to interact with the BUFF network. 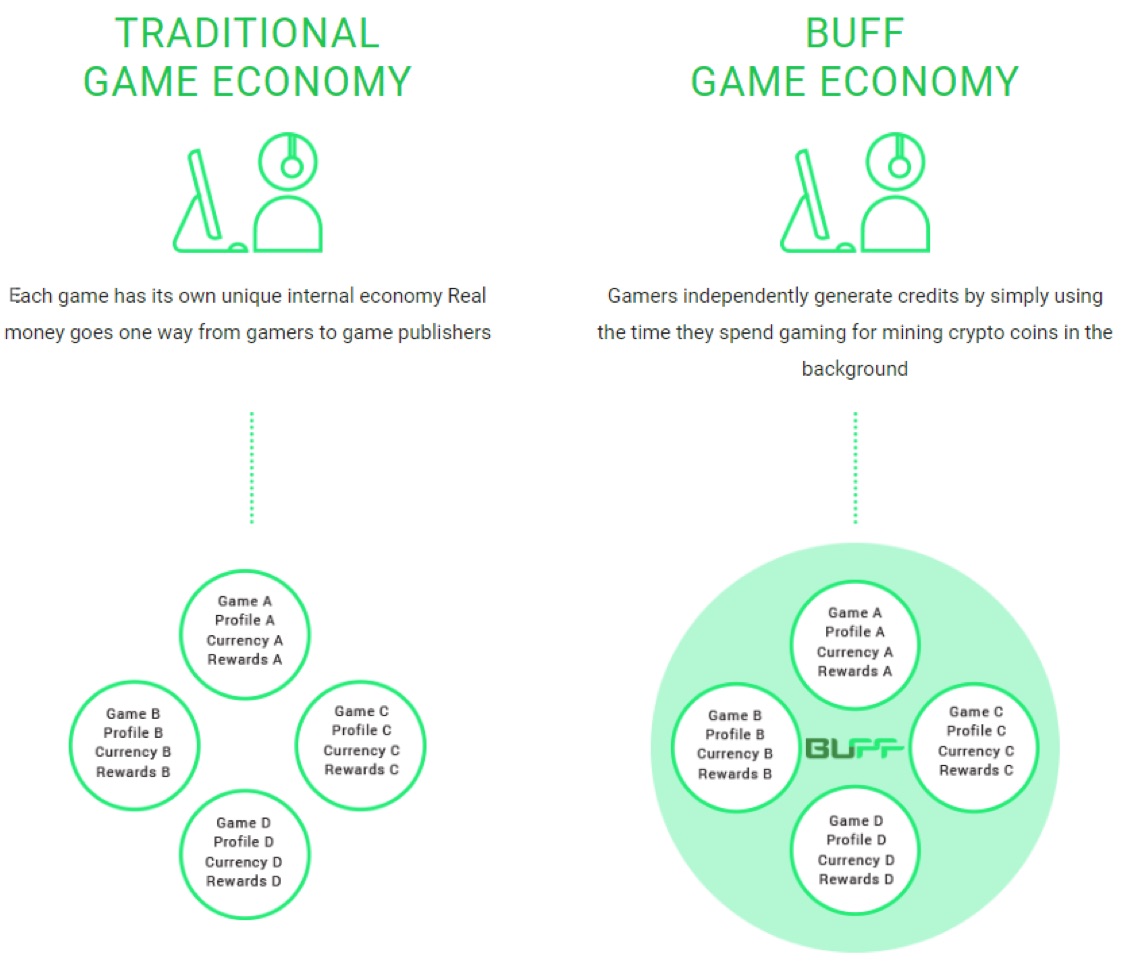 Of course, the gaming industry isn’t showing any signs of slowing down. The Pew Research Center found that as many as 6/10 millennials routinely play video games, and those numbers only increase as the user’s age decreases. Access to mobile gaming, PC-based contests, and device specific games have created a dynamic ecosystem that has something for everyone. When they are connected to the BUFF reward system, they can turn a previously passive leisure activity into a money-making endeavor that is easy to use and free to enable.

BUFF coins let anyone make money from video games, not just esports professionals. Therefore, the next addicting video game craze won’t just be a distraction. It could be a lucrative venture as well.