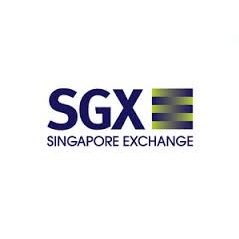 Asia’s growing FX market is to benefit from new futures contracts listed on the Singapore Exchange. The Singapore-based venue reported that it was increasing the number of Asian foreign exchange products with four additional contracts. Among the contracts are three Chinese yuan contracts, indicating the rising importance of FX products for firms that deal with the world’s second largest economy.

SGX will launch the four new products later this year which includes: currency futures contracts on the Taiwanese dollar TWD USD and Renminbi crosses SGD CNH, CNY SGD, EUR CNH. SGX has been a strong player in the currency futures markets after it launched the INR futures contract in 2013, followed by the Chinese yuan derivatives contract in 2014. Trading volumes have been growing exponentially with the exchange reporting that it has seen a positive growth pattern year-over-year, with total volumes exceeding $37 billion (notional) since inception two years ago.

Magnus Böcker, CEO of SGX, commented in a statement: “Global market participants can continue to draw on SGX’s unique platform to fulfill their investment needs and effectively manage their Asia-wide exposures across multiple asset classes in the Asian time zone. We remain focused on product innovations and strategic partnerships to push new grounds in the Asian FX markets.”

Singapore has been a gateway for both Chinese and Indian financial services firms transacting internationally. The SGX was one of the first global venues to launch offshore Indian stock indices over fifteen years ago. The SGX states that its Nifty futures contracts account for 25% of overall volumes.

Singapore has extended its position as Asia’s leading centre for forex trading. According to the Bank for International Settlement’s (BIS) 2013 Triennial Foreign Exchange Survey, Singapore was ranked as the third largest FX centre globally after London and New York, and the largest FX centre in Asia. Average daily FX turnover volume in Singapore grew by 44% to US$383 billion in April 2013, compared to US$266 billion in April 2010.

SGX recently reported a collaboration with leading inter-dealer forex provider, EBS, to develop new Asian currency products and services to strengthen the liquidity in both the FX OTC and futures markets in Asia.