GAIN Capital marked a month of steady performance during the first month of the typical summer lull that encompasses the FX industry in July and August. The seasonal factors have been partially offset by the poor performance of the US dollar, which triggered a sustained decline in the value of the dollar index.

Volatility has been focused on key events with the most notable trading days being centered on central bank announcements by the US Fed, the European Central Bank and the Bank of Canada surprise rate hike. 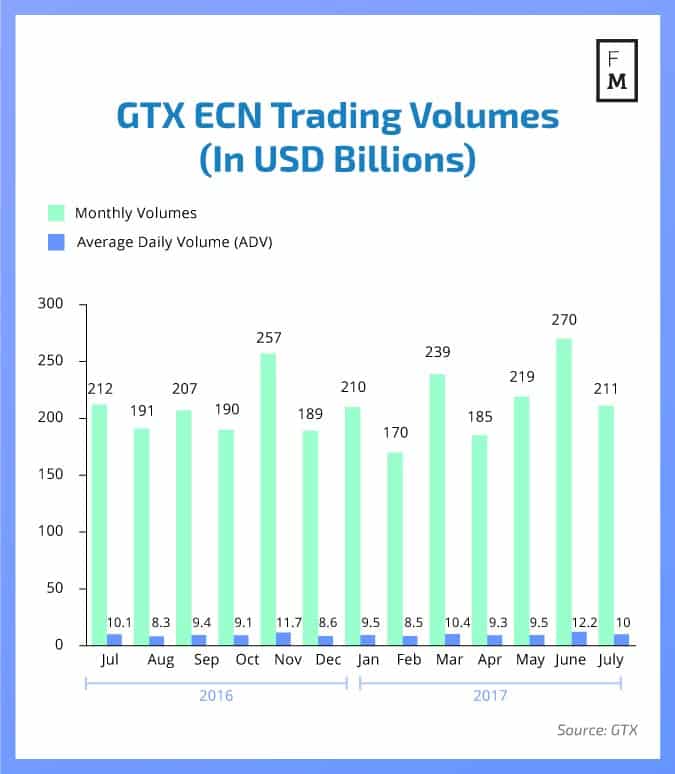 Trading volumes transacted via GAIN Capital’s GTX ECN and SEF facilities totaled $211.3 billion in July. The figure was higher by 22 percent year-on-year and lower by 11 percent when compared to June. The monthly decline was offset by the voice execution Swap Dealer platform of the company where volumes spiked 79 percent higher to $57.3 billion.

The total for the month was therefore about flat when compared to June, marking $268.6 billion. Average daily trading volumes metrics have actually increased by 4 percent month-on-month and 20 percent year-on-year to $12.8 billion daily.

Looking ahead, August could prove to be a positive month for brokers and ECNs alike as volatility in US dollar pairs appears to be on the rise. Pockets of volatility are expected to be centered around the ongoing political turmoil of the Trump administration and central bankers speeches in Jackson Hole. Some analysts are expecting the event to be used by ECB chief Mario Draghi to signal the beginning of the end of unconventional monetary policy, which could be a major trigger for further volatility.