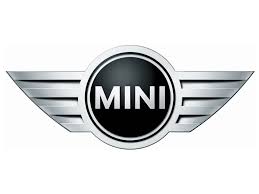 Dubai’s premier commodities trading place DGCX launched the much awaited mini Indian rupee contract on the back of increasing trade volumes in the BRICS member’s currency. DGCX has been witnessing record trading volume in rupee futures and expanded its product range with the new contract which was welcomed by members.

The new contract which has a notional value of 200,000 rupees has numerous advantages. The DGCX outlines the key benefits:

• The smaller size of the contract facilitates the participation of retail Rupee remitters, Investors and Small and Medium Enterprises to hedge their “Rupee Risk”.

• The smaller size of the contract ensures that “A precise hedge “on the Indian Rupee can be constructed for any underlying commodity.

• Avail arbitrage opportunity by trading the Main Contract (DINR) and The Mini (DINRM) in tandem.

Jonathan Brewer, Head of e-FX Business Development at Sucden Financial sees value in the new mini contract, he says “We all know how difficult it is to grow volume in a new futures contract, but the success of the Indian Rupee future on the DGCX shows it can be done and is helping the exchange gradually become a premier destination for derivatives in the Middle East. We hope its new mini contract will capitalise on this previous success and open up trading to new segments of the market including retail traders.”

The DGCX was launched in collaboration with the Dubai’s DMCC and India’s Financial Technologies in 2005. The exchange was the first overseas venue to launch INR futures in 2007. The currency futures contract was well liked by the market and in 2011 the DGCX saw an increase of over 560% from 2010.

Currency volumes in March (2013) were up 102% from the previous year driven by brisk trading in Indian Rupee futures, which maintained a strong growth momentum across the first quarter. Indian Rupee futures traded 1,010,339 contracts in March, a 104% increase from last year.

Vishal Kapoor, CEO of xDirect says, “With volumes gradually creeping up on the DGCX, I think the new initiative opens up the market to small and medium investors which will consequently sustain the growth”.

In the off-shore market investors can trade NDFs or currency futures, apart from the DGCX, the ICE CME & launched rupee futures in Q4 of 2012 however the contracts haven’t got the same response as they would have expected. NDFs are quoted as USD/INR whereas the DGCX is quoted INR/USD thus allowing settlement in US dollars.

Pravir Tiwari. Chief Dealer at Persepolis Capital Management highlights the difference between NDFs and currency futures. He says, “not only is the contract size smaller and the spreads more competitive the DGCX contract is used by arbitrage traders who trade on the MCX and thus gives them access to a wider market.”

The DGCX is benefiting from Dubai’s open market policy, with new members propping up from Asia and Europe and with the enhancement of it’s core trading platform it is destined to be a pioneer in the development of futures trading in the Middle East region.

Share this article
Tags: usd-inr
Got a news tip? Let Us Know