Institutional trading venue Moscow Exchange (MOEX) has just reported its trading volumes for the month ending May 2016, which again set new lows in 2016 across its foreign exchange (FX) market turnover, registering yet another monthly decline and the lowest figure since November 2015, according to a MOEX statement.

The latest volumes at MOEX did notch a steady level of improvement against its May 2015 counterpart however, with the group’s FX market turnover securing a 13.7% YoY growth from RUB 21.2 trillion against May 2015. 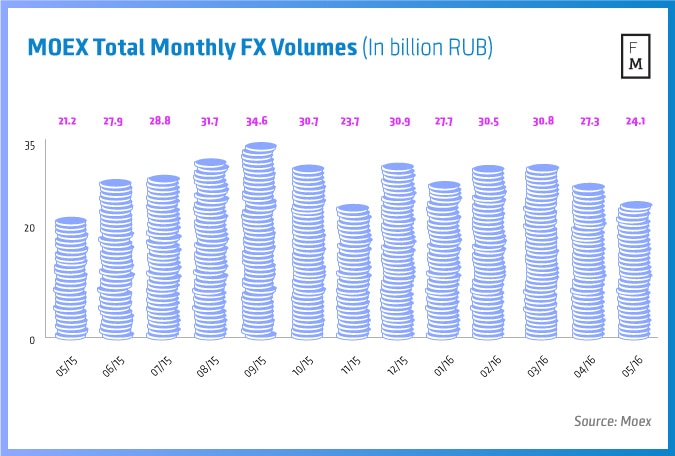