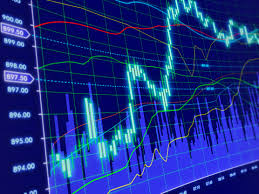 The recent string of forex probes launched over abuses into the manipulation of currency rates has gradually necessitated more transparent electronic trading means by banks and firms, which in 2013 have risen to encapsulate 74% of forex transactions.

Electronic Trading Represents an Improvement in Transparency an Oversight

2014 has already been marked by myriad violations from leading financial institutions over currency rate fixing. Indeed, several global banks such as Deutsche Bank and Citigroup Inc. have suspended or fired traders in a $5.3 trillion-a-day industry. Global regulators have cited Byzantine practices such as chartrooms, telephone or voice-based trading, among others, which underscore the vulnerabilities inherent in institutional FX trading.

However, the depth of the violations unearthed by regulators has slowly instigated a change in FX trading, namely with the adoption of more transparent means such as electronic trading, which fully adheres to more oversight. YoY, electronic trading has risen to 74% from 71% in 2012, citing a report from the Connecticut-based research company, which corresponds to a 4.2% increase overall.

According to Peter D’Amario of Greenwich Associates in a statement, “As evidenced by last year’s growth, the e-FX market has not yet lost its dynamism. Electronic trading is simply making new headway among smaller FX players and the market’s most active traders.”

The most likely explanation for the YoY increase in FX trading has to do with staunch gains seen across the retail sector. Fx volumes in the year 2012 that utilized electronic trading came in 92%, increasing to 98% in 2013 – a 6.5% increase YoY. In addition, smaller FX firms classified as generating less than $1.0 billion in annual trading volume constitute nearly 48% of the overall market and 26% of total volume; the remaining disparity is dominated by larger players and institutional banks.

Something is sooo weird. Under the title of the above post I see “12 comments”, yet this seems to be the first one.