The Dubai Gold & Commodities Exchange (DGCX) has released its February figures, highlighted by a growth in average daily volume (ADV) of 6% since January, according to a DGCX statement.

The DGCX is a paramount exchange in the Middle East, specializing in a wide array of financial trading instruments, including FX, derivatives, energy and commodities. In recent months the exchange has made a targeted thrust into the realm of Asian FX, while also posting record highs across currency trading earlier this year.

In its most recent figures, the DGCX has continued to show robust growth, specifically with regards to its contracts – in the month of February, the DGCX reached 1,000,174 contracts, corresponding to 50,309 contracts per day or a 6% MoM ADV. In addition, the DGCX’s Mini-Indian Rupee futures contracts distinguished itself during February as a marquee performer, surging 54% MoM to 145,329 contracts.

The Mini-Indian Rupee futures offering is a relative newcomer to the DGXC suite, launched less than a year ago in April. Its function as a versatile trading instrument is particularly relevant to traders who are not looking to make overly large capital-heavy investments, owing to its mounting popularity since last month. The rupee itself has been widely traded on the DGCX, whose large volumes helped bring the exchange’s volumes over the $1 trillion mark last year. 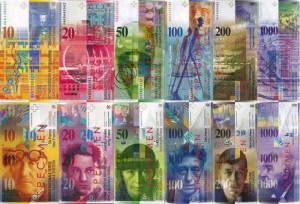 In addition, the DGCX has also reported consistently staunch MoM growth across its other currency futures, namely the Swiss franc (126%), the British pound (31%) and the Canadian dollar (15%). With the euro at highs not seen in the past few years, futures for the single currency also yielded an average daily open interest of 1,903 contracts in February.

Rounding out the metrics release were commodity futures, characterized by a growth in silver volumes which soared an incredible 209% in February YoY – this marks the largest increase since June 2011, which saw a relentless rise in silver prices. Over a MoM timeframe, these contracts also were up 35% since January. Finally, in terms of crude oil and energy, the YTD volumes for energy contracts have steadily climbed 45% from December 31, 2013, while also notching a 33% YoY growth.