CLS Group, a comprehensive provider of risk mitigation and operational services, has released its volumes and aggregation services data for the month ending October 2015, which witnessed a minor loss from the previous month, according to a CLS statement.

CLS’ October performance follows after a similar decline last month, which saw its settlement and aggregation services plunge by -7.6% MoM.

Moreover, the average daily input value submitted to CLS in October 2015 yielded $4.64 trillion, retreating -3.5% MoM from $4.81 trillion in September 2015, virtually paring last month’s gains. Like its input volumes, CLS saw a similar weakness in October relative to is 2014 equivalent, with a YoY decline of -3.5% from $5.29 trillion in October 2014.

Earlier this month, CLS Group made headlines after it revealed that it started settling payment instructions in the Hungarian forint (HUF) for its service members. The move effectively made the forint the eighteenth currency eligible for settlement on its system. 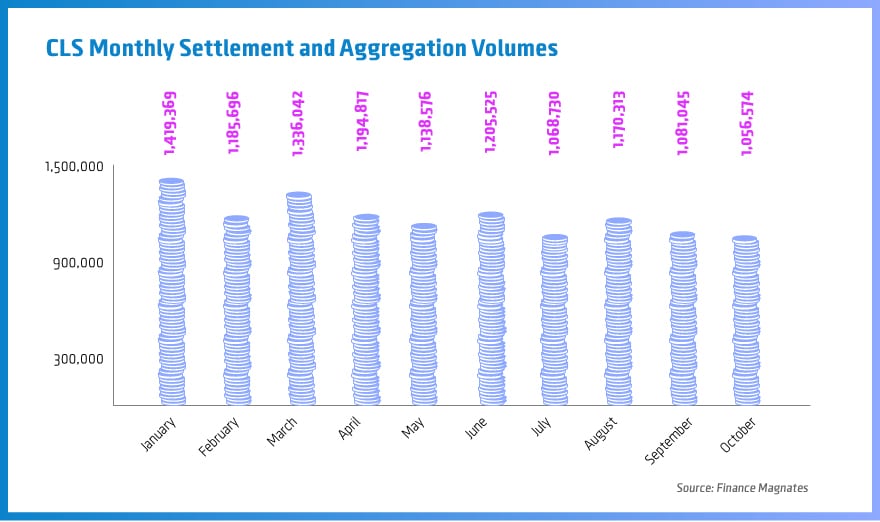