With the lifting of the sanctions which were imposed on Iran, speculators and brokers might begin to ask themselves what opportunities there are to capitalize on the matter. While the immediate effects on the foreign exchange market of the country are to expected to be apparent due to foreign exchange inflows, that doesn’t mean that trading opportunities are around the corner.

With a tightly controlled currency regime, the Iranian rial (IRR) is not likely to become a convertible currency and enter the interbank foreign exchange market any time soon. While the local currency will likely appreciate due to large foreign exchange inflows, for the time being the central bank of Iran will be vigilant in controlling the market.

After an exchange rate peg was set in March 2012, the Iranian rial has depreciated from 12,000 per U.S. dollar to about 30,000. Unsurprisingly so, having in mind that the country’s access to about $100 billion worth of funds was cut off by the sanctions.

In the aftermath of the sanctions being lifted, the currency is certain to remain a tightly managed peg without any real time updates of the interbank FX rate. The above will make the Iranian rial a highly unattractive offering for foreign exchange brokerages, just like pretty much any other Gulf currency.

Opportunities on the Tehran Stock Market, or Not?

With the Iranian rial out of the picture, the only direct investment opportunity in the country will be on its stock market. However access to that will continue to be difficult. With no major Exchange Traded Funds (ETFs) providers announcing any vehicles which will be investing directly into Iranian companies, the alternatives remain only for high net worth individuals who are less risk-averse.

While there certainly is an inherent conflict of interest in the statement of the CEO of a fund which is one of the few options for foreign investors, the point that he is making is actually quite convincing.

The current capitalization of the Iranian stock market is about $93 billion. With an economy worth $407 billion in 2014, and a population of 78.5 million people, the country will be a lucrative investment opportunity for individuals and companies which are ready to take the risk. 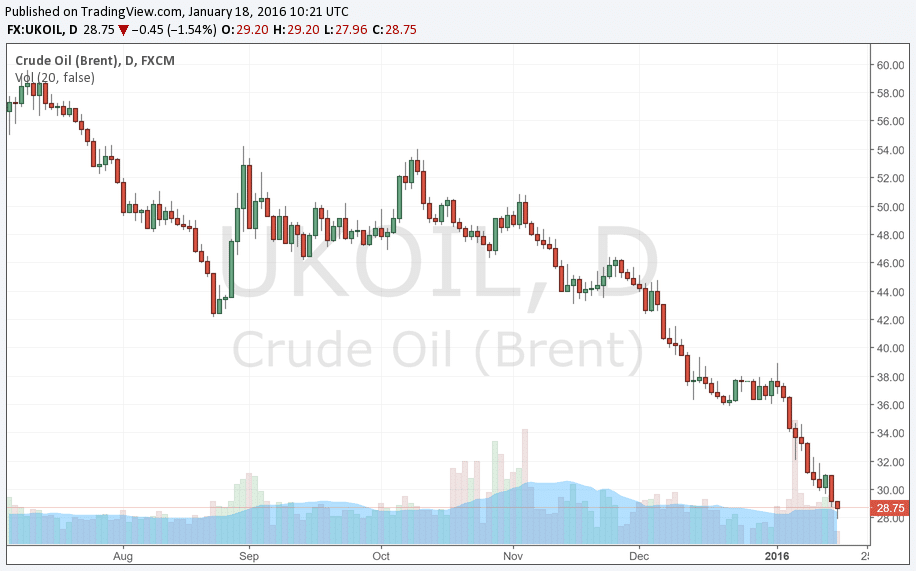 While investors are anticipating opportunities to invest into the Iranian energy sector, which is the pillar of the country’s economy, the opening of the Iranian pumps risks substantial destabilization of a number of countries in the region.

With brokers offering 1:100 leverage on crude oil, the risks for clients and brokers alike are high

Local stock markets in the Gulf countries have slumped on Monday as Brent oil prices have fallen to $28 per barrel. Fears of oversupply once Iranian oil hits the markets are justified. Iran is one of the countries with the lowest marginal cost of production of crude oil – about 15 U.S. dollars per barrel.

With the current oil production rate of the country estimated at 2.7 million barrels per day, a raft of supplies are waiting to be tapped. Iranian oil production could break into the top 5 of largest oil producing countries in the world (currently 7th according to the CIA World Fact Book).

With oil markets becoming more and more oversupplied, that only means more volatility is around the corner. Brokers should remain cautious when providing leverage on the product, as Monday’s market opening has demonstrated – a gap of 2.5 per cent has left a number of traders on the wrong side of the trade margin called.

With a number of brokers offering 1:100 leverage on crude oil, the risks of the oil market’s rout continuing is increasing the risks for clients and brokers alike.