I have worked in the FX industry for the past 16 years but I believe that 2015 will stand out most as the year when the market was taught a very valuable lesson. When I look back upon this year, I can’t help feeling that, by applying a simple life principle, many of 2015’s pitfalls might have been avoided.

As a young man, I was taught a very valuable lesson that holds true in situations that require planning and foresight, and that life lesson is ‘Murphy’s Law’.  Murphy’s Law simply states that ‘anything that can go wrong will go wrong’.  By keeping this life lesson in mind, a lot of tough decisions can be made by determining which solution offers the best ‘plan B’ (or protection) should something go horribly wrong.  It’s definitely prudent for decision makers to ask the ‘what do I do if something goes wrong?’ type of question when evaluating the merits of schemes that appear to be too good to be true.

Over the past 12 months, the FX industry has experienced many pivotal moments including a major dislocation due to the actions of a central bank which resulted in negative client account equity and forced many brokerage firms to shut their doors. We have also seen serious breaches in technology infrastructure security leading to disturbing network issues and, lastly, a few popular liquidity providers who turned out to be a mirage.  So how could Murphy’s Law have been applied to any of these situations?

On the 15th of January, the Swiss National Bank (SNB) took the market by surprise by suddenly announcing that it would no longer maintain, or defend, the EURCHF ‘floor’ at 1.2000.  The value of the Swiss Franc appreciated by 30% in less than an hour, inflicting catastrophic losses on brokerages, money managers and clients alike.  This event was totally unforeseen and produced negative client balances across multiple firms, particularly for anyone who happened to be holding a short Swiss Franc position.  The negative client equity drastically depleted client funds at many brokerages, forcing those firms to take massive losses and resulting, in some cases, in a closure of the firm affected.

I wrote in a previous article regarding triparty Custody Accounts. The use of this type of account may counteract the Murphy’s Law principle and would allow you to avoid being part of the ‘co-mingling’ of funds that is prevalent at many brokerages and which could prove disastrous should a central bank surprise the market like this again in the future.

Now, let’s look at a technology scenario that may also have been somewhat preventable. In October of this year, a few major FX brokerages and technology providers suffered a concerted Distributed Denial of Service (DDoS) attack.  Through no fault of their own, those on the receiving end of this attack were left with the task of undoing a serious breach (hack) of their network security, which had resulted in the disruption of  their trading environment and which caused substantial system down time.  Down time is viewed as one of the worst situations to affect a brokerage or a technology provider.

Just like in the central bank scenario, a brokerage or trader could have asked a few Murphy’s Law/what if type questions regarding the type of backup and redundancy that the technology provider had in place to ensure a proactive approach to a possible DDoS attack.  Many of these attacks are unavoidable but it is helpful to know what plans a provider has in place to deal with such events. Given the dependence upon technology for your trading, it is critical to have an understanding as to how your technology provider has planned for these eventualities.

Finally, following this year’s SNB event, rather than reducing risk and consolidating business, a few liquidity providers launched more radical profit sharing schemes to gain market share. They advertised free money, zero spreads, higher leverage and unreliable claims from (fictitious) owners that they would make up the losses should they occur.  These types of gimmicks and sales promotions are nothing new to the FX industry and, more often than not, have not ended well and definitely have not been to the client’s advantage.

If Murphy’s Law had been applied during the decision making period, then possibly a different conclusion could have been reached, such as to find reliable, trustworthy liquidity partners with purifying intentions and full transparency.  I outlined some guidelines in the previous article.

So, in conclusion, if a brokerage owner, hedge fund or trader should ignore the life lesson of ‘anything that can go wrong, will go wrong’, then they should make themselves comfortable with another proverb: “A good intention, with a bad approach, often leads to a poor result.” 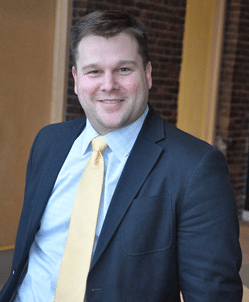 Advanced Markets
www.amifx.com/
With more than 15 years of experience, Rich has been immersed in the FX market with a broad history from trading at the FX desks of major world banks to managing flow at retail FX brokers.He has a deep understanding of the FX industry, while specializing in G20 and exotic currency trading. Rich assists financial institutions, fund managers and individuals around the globe to integrate FX as an asset class and identify applicable markets and technologies to suit their overall strategy.
wpDiscuz