Tradency is taking its Mirror Trader platform to a whole new level by significantly enhancing traders’ user experience and decision-making. Mirror Trader is now more engaging than ever by placing the decision of signal following in the hands of traders themselves. This represents a major shift in Tradency’s direction as autotrading until today was perceived as passive signal following and all the traders had, and could, do is pick the signal providers they wish to follow and then the platform would do everything else by itself. However Tradency noticed that many of its customers demanded more control over which signals they follow and how they follow. Traders also wanted a more engaging platform with more trading options than just signal following. 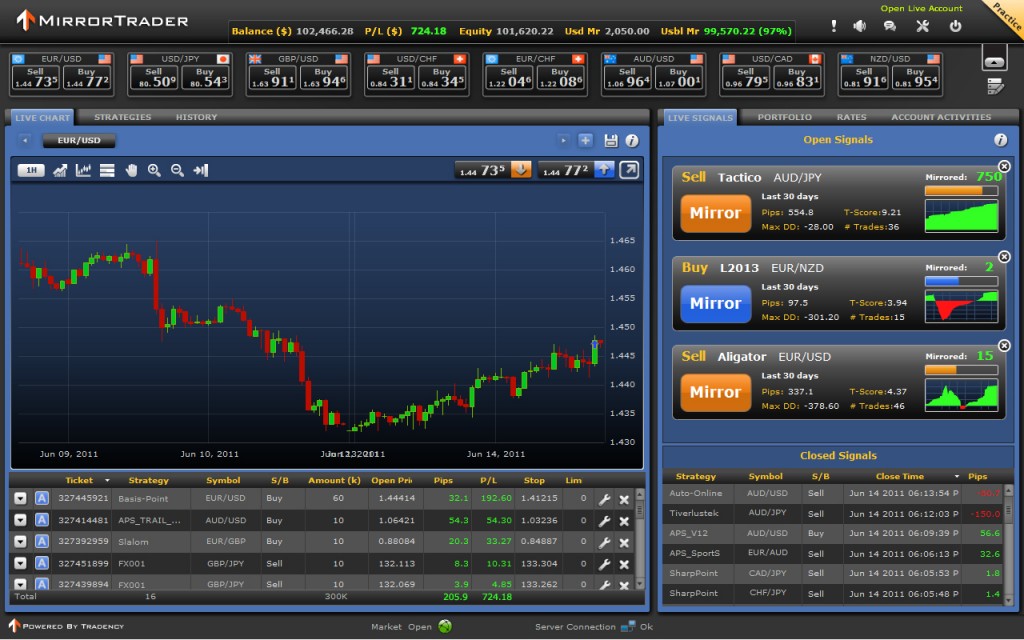 Tradency’s Semi Trading platform is Tradency’s answer to all these requests: active signal following through engaging interface where transmitted signals appear for about 30 seconds allowing any trader to choose whether to follow that signal or not. It also shows how many traders decided to follow that specific trade this very moment. New interface also shows much more detailed charts, studies and strategies.

The new interface is in fact a web trading interface for MT4 and other platforms with enhanced autotrading capabilities allowing to perform trades (automatic or manual) from within the platform itself. Thus Tradency is killing here two birds with one stone: to brokers who only offer a desktop version of MT4 (and that’s the majority of the market) they can offer both an autotrading platform and a web-trading interface in a single integration.