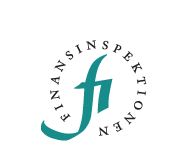 The Finansinspektionen (FI), or Swedish Financial Supervisory Authority, has today issued a warning against binary options brokers Clearskies Group Ltd, Neltom Ltd and GF Trades, which it deemed to be unauthorised within its jurisdiction and therefore warned residents of Sweden that these firms are not entitled to provide financial services in the country.

More disconcerting is how, reportedly, according to FI, representatives from Clearskies Group Ltd and Neltom Ltd have contacted Swedish investors via unsolicited telephone calls and offered trading with binary options on a fictitious exchange, GF Trades.

The website GFTrades.com appears to be down around time of publication but a cached version of the site was snapped by Google as late as yesterday, when it must have still been operational. It’s not clear if the site was taken down as a result of the warning or leading up to it. Phone calls by Forex Magnates research team to the phone number listed in the warning for Neltom Ltd went unanswered, also around time of our coverage.

The warning advised residents against dealing with the unauthorized firms, and emphasized that the FI had not received any cross-border notification or passport from other countries within the European Economic Area (EEA).

The Following contact information was provided to connect the companies with addresses and phone number that FI believed to the associates with these firms, including GF Trades having the website, as mentioned above at the URL gftrades.com) as well as the following UK telephone number for Neltom Ltd, + 4420 3648 2191 and email as support@GFTrades.com, and with a Belize address for Clearskies Group Ltd as Suite 102,Groud Floor Blake Building Corner Eyre & Hutson Streets, Belize City, Belize.

According to the cached versions of the GFTrades website, Forex Magnates confirmed that the above address was indeed listed in the company’s terms and conditions.  Forex Magnates reported of GFTrades.com when it was included in the updated warning list of 69 Binary Options brokers issued by France’s AFM in January of this year. According to a review posted at the beginning of 2013, by binaryoptions.com concerning GFtrades, the company was described as based in Cyprus, with a Cyprus phone number listed in the review, and described as a white label or as using technology provided by Tech Financials, to power its platforms, supposedly.

It’s not clear how many investors may be involved with the companies mentioned in the warning today, as the site appears to have been operational for some time already, as early as August 2012 according to internet archives however with the website down – the element of uncertainty lingers.

FI is quite active in issuing registrations, and the process of granting authorisation is one of FI’s three main activities, the other two are issuing regulations and conducting supervision, according to its website, and FI handles over 6,000 authorisation-related cases per year.