After securing the second place spot after IG Markets in the UK Spread Betting (SB) industry with the acquisition of City Index, GAIN Capital’s (NYSE: GCAP) Glenn Stevens is now taking aim at the brokers lower down the food-chain.

Stevens, the founder and chief executive officer of Gain Capital, has told the British regulator in charge of the market, the Financial Conduct Authority (FCA), that the client identification requirements (legally referred to as Know-Your-Customer) in other European jurisdictions are very limited compared to its procedures.

According to the FCA register, most brokers offering financial Spread Betting in the UK are from Cyprus. Firms regulated by the Cyprus Securities and Exchange Commission (CySEC) can offer services in other European countries under the EU’s Markets in Financial Instruments Directive (MIFID) passporting agreement.

The CEO of GAIN Capital turned to the British press today to attack the credibility of offshore brokers. Traders are “literally able to open an account as Kermit the Frog and Mickey Mouse” with some firms, Stevens told the London Evening Standard newspaper.

According to the paper, Stevens called on the FCA to “tighten” its stance on passported firms. He said, “On the one hand having competition is good. But having competition that plays by different rules isn’t good. Too many of these companies operate kind of dodgy.”

“I have even heard of people registering who were able to open and register accounts as Mickey Mouse and Kermit the Frog. Some of these firms’ version of KYC — know your customer — is such a light touch that they are letting customers go right through. That tells me they are not following the same rules that we are, checking customers’ source of funds and doing the sorts of suitability stuff the FCA wants.”

Stevens added, “It bothers me that there’s this backdoor Cypriot thing. It can be Gibraltar, it can be any number of locations. I know why they put this passporting thing in place because it was well intentioned — to make a more-standardised regulatory regime — but not if everybody applies it differently.”

According to the paper, Stevens is also searching for more acquisition opportunities in the UK after eleven deals in the past five years, six of them in the last eighteen months. 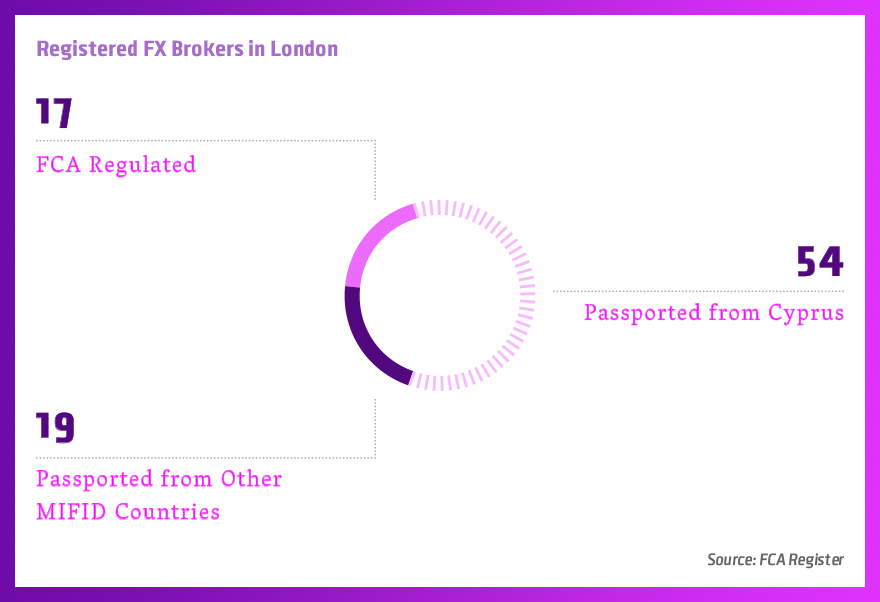 How noble, coming from a company that got where it is by growing as a notorious bucket shop. Guess those Starbucks spreads and virtual dealer plugin days paid off to get up to the FCA capital requirements.

I totally agree with the above, some of the bucketshops the FCA allows in, and even sometimes gives a registration to, is a complete joke. Unfortunately some of these will end in tears leading to a £50k payout and an increase in fees all round. The FCA might want to employ people who understand retail broking instead of just taking the fees and rubber stamping any crook who can sign his name.

Is this why Gain Capital is in the process of applying for a CySEC licence (confirmed sources and we invite Gain Capital to decline this comment)? The only bankruptcies and abuse of client funds came out of CFTC (FXCM) and FCA (Alpari).

Being a citizen of the UK, I can honestly say the FCA are at the forefront of being the inept regulators on the planet. How many times do we read about banks and other financial institutions acting in a criminal fashion right under their noses.
The amount of fines etc that Barclays has received, yet not one prison sentence. The billions that have had to be paid out in PPI claims with no prison sentences.

Some offshore regulators may not be perfect, however they are not bad as what he says.