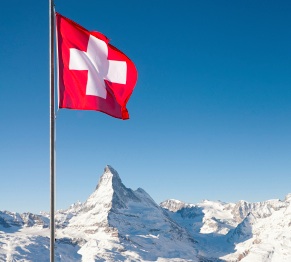 Amid mounting allegations of currency manipulation, the Swiss Competition Commission has initiated an investigation into UBS AG, Credit Suisse Group AG and six other banks, following an earlier preliminary attempt.

Previously, the EU Commission had launched its own probe against investment banks for apparent forex abuses, however this marks the first time the Swiss body has embarked on a parallel path into a $5.3 trillion-a-day industry since a preliminary attempt last year. Indeed, the scope of the allegations seems to rise each day with other investigations being undergone from the United States to New Zealand as potential colluding counterparties are put under the microscope.

This news followed with the conclusion of a preliminary investigation into currency fixing by the Competition Commission, which began back in September 2013 and was among the first such organizations to initiate a probe. Since then however, other organizations have taken up mantle of regulation, whose dealings center on the manipulation of the benchmark WM/Reuters rates, a composite that dictates nearly all other Forex market rates.

Several other firms have already been investigated, with UBS now the target of multiple probes, along with Deutsche Bank, Citigroup and Lloyds. According to Christopher Wheeler, a Banking Analyst at Mediobanca SpA in a telephone statement, “This is just another layer of a very large onion. The banks are trying really hard to cooperate with the regulators to minimize the financial impact, but the numerous investigations are going to drag on for at least two years.”

The ultimate aim of the investigation will be to determine if the currency rates were in fact fixed through a series of dealings, information exchanges and chat room collusion. In light of the recent allegations however, Credit Suisse has announced its full cooperation, despite its notably absence from the preliminary investigation – the organization has since cited incorrect information from the Commission’s initial results that hurt the reputation of the company.