Following last Thursday’s government hearing on further laws to be included in the Dodd-Frank act to regulate financial institutions and safeguard client capital, SEC Chairman Elisse B Walker has provided a detailed testimony in relation to the structured implementation of such laws.

Among the many points featured is a host of proposed motions in relation to how OTC derivatives are sold and managed in the United States, the responsibilities of broker/dealers along with further investor protection policies such as the Volcker Rule.

A detailed summary of the testimony is as follows:

Among the key provisions of the Dodd-Frank Act are those that establish a new oversight regime for the over-the counter (“OTC”) derivatives marketplace. Title VII of the Act requires the Commission to regulate “security-based swaps” and to write rules that address, among other things, mandatory clearing, reporting and trade execution, the operation of clearing agencies, data repositories and trade execution facilities, capital and margin requirements and business conduct standards for dealers and major market participants, and public transparency for transactional information.

Among other things, such rules are intended to:

• Facilitate the centralized clearing of swaps, with the intent of reducing counterparty and systemic risk 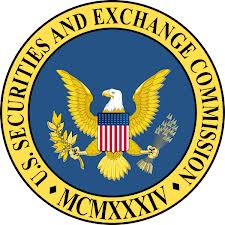 In implementing Title VII, Commission staff is in regular contact with the staffs of the CFTC, the Board of Governors of the Federal Reserve System (“Board”) , and other federal financial regulators, and in particular has consulted and coordinated extensively with CFTC staff.

In July 2012, the Commission adopted final rules and interpretations jointly with the CFTC regarding key product definitions under Title VII.

This effort follows the Commission’s work on the entity definitions rules, which the Commission adopted jointly with the CFTC in April 2012.

The completions of these joint rulemakings are foundational steps toward the complete implementation of Title VII.

While foundational, these final rules did not trigger compliance with the other rules the Commission is adopting under Title VII. Instead, the compliance dates applicable to each final rule will be set forth in the adopting release for the applicable rule. In this way, the Commission is better able to provide for an orderly implementation of the various Title VII rules.

Clearing agencies play a critical role in the financial markets by ensuring that transactions settle on time and on agreed-upon terms. To promote the integrity of clearing agency operations and governance, the Commission adopted rules requiring all registered clearing agencies to maintain certain standards with respect to risk management and certain operational matters.

The rules also contain specific requirements for clearing agencies that perform central counterparty services. For example, such clearing agencies must have in place written policies and procedures reasonably designed to:

• Measure their credit exposures to participants at least once a day.

• Use margin requirements to limit their credit exposures to participants, to be reviewed at least monthly.

• Maintain sufficient financial resources to withstand, at a minimum, a default by the participant family to which the clearing agency has the largest exposure in extreme but plausible market conditions (with a higher requirement that agencies clearing security based swaps maintain sufficient resources to cover the two largest participant family exposures).

• Provide the opportunity to obtain membership in the clearing agency for persons who are not dealers or security-based swap dealers on fair and reasonable terms.

The rules also establish record keeping and financial disclosure requirements for all registered clearing agencies as well as several new standards for clearance and settlement. The new rules were the result of close work between the Commission staff and staffs of the CFTC and the Board.

The requirements take into consideration recognized international standards, and they are designed to further strengthen the Commission’s oversight of securities clearing agencies, promote consistency in the regulation of clearing organizations generally, and thereby help to ensure that clearing agency regulation reduces systemic risk in the financial markets.

So nothing in regards to segregated funds for retail forex clients?

I don’t believe it was a topic they were dealing with.

Hi. im new trader, i want to start with good broker. What is yours opinion about MFX broker, any opinions?