In a move that has been feared and portended by proponents of Bitcoin and other cryptocurrencies for months, a panel of US Regulators and the Conference of State Bank Supervisors (CSBS) have just announced the launch of an investigation of the digital currency, via a CSBS statement.

The world of digital currencies, namely Bitcoin, has been under siege as of late following the suspension of trading on Mt. Gox earlier this month. Matters worsened to start the week with the dispatch of a Bitcoin dedicated probe, coupled with the resignation of Mark Karpeles as Chief Executive on the board of the Bitcoin Foundation. Indeed, the CSBS has tailored its ‘new emerging payments task force’ to ascertain the effect of cryptocurrencies on consumer protection and state laws, given the exposure of Bitcoin into the real-world payments realm.

According to Tom Carper, Chairman of the Homeland Security Committee, in a recent statement, “The move has been welcomed as an important step following an investigation of virtual currencies last year. As virtual currencies, like bitcoin, and similar technologies continue to be increasingly utilized, we have to ensure that governments are adequately protecting consumers and addressing lawbreakers without hindering innovation.”

The move represents a major concerted effort by US authorities to clamp down on digital currencies – hardly the first of such agendas following Bitcoin’s fall from grace in Russia and China over the past few months. The CSBS task force is composed of nine state regulators, which includes New York State Department of Financial Services superintendent Benjamin Lawsky, an advocate for BitLicenses. As such, the regulatory panel will be holding preliminary talks with a group of other US regulators, industry participants and experts in a bid to culture an understanding of the ramifications of cryptocurrency payments on conventional payment systems.

“State regulators welcome a robust and focused dialogue about the benefits and risks of innovations to payment systems. We seek an environment where technological innovation can be developed, but also regulated in a clear manner,” added Charles Vice, CSBS Chairman. 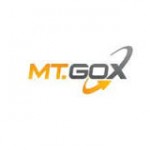 In addition to the launch of the task force – already a harbinger of upheaval in the cryptocurrency world – the industry suffered a further setback with the resignation of executive Mark Karpeles from the board of the Bitcoin Foundation. According to Forex Magnates’ research, Mt. Gox is the most widely utilized Bicoin exchange by market cap, encompassing nearly 45% of Bitcoin transactions presently. On February 7, 2014, the exchange suspended withdrawals, which consequently roiled the price of Bitcoin and induced a market wide panic amongst traders – a bug has since been blamed for the cessation of withdrawals. Karpeles represents the second Bitcoin Foundation board member to leave recently, with BitInstant CEO, Charlie Shrem quitting last month following Silk Road connections.