Unlike the United States, where the federal CFTC and SEC are responsible for regulation of OTC products and the overseeing of exchanges, north of the border things are somewhat different in that each Canadian Province has its own regulator, which administers its own ruling.

These particular new rulings have been set out by the Ontario Securities Commission (OSC) and are being put in place to commence the implementation of Canada’s G-20 commitment to require all OTC derivative transactions to be reported to trade repositories and will provide the OSC with an essential tool to identify and address systemic risk and market abuse. 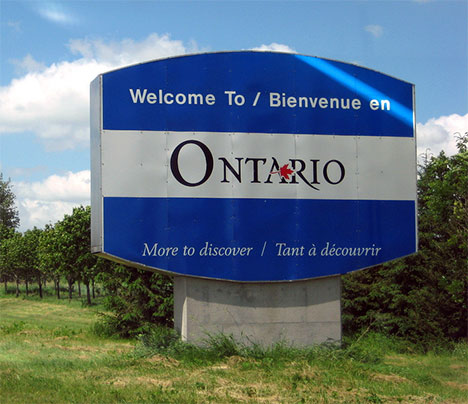 Back in December last year, the Canadian Securities Administrators (CSA) published model rules relating to the reporting of derivatives transactions to trade repositories, and invited comment on the model rules.

Informed by the comments received, the CSA developed updated model rules and at the end of last week the OSC published Ontario-specific rules based on those updated model rules, that it is hoped will greatly enhance transparency in the over-the-counter derivatives market.

On this basis, the Ontario Securities Commission has now provided full detail of the proposed OSC Rule 91-506 pertaining to the product determination of derivatives, and OSC rule 91-507 in relation to trade repositories and derivatives data reporting.

What Exactly Is A Derivative?

The OSC has proposed a scope rule, the purpose of which is to provide clarity as to which type of contract or instrument should be deemed a derivative or security, or are wholly excluded from the regulatory directive. It is proposed that instruments traditionally widely accepted as derivatives, for example swap and forwards, should be defined as derivatives by default, however there is likely to be a series of instruments and contracts which the OSC has proposed to exclude from the definition ‘derivative’.

• Gaming and insurance contracts where such contracts are regulated by a domestic or an equivalent foreign regulatory regime.

• Currency exchange contracts provided that the contract settles within prescribed timelines, is intended by the counterparties to be settled by delivery of the currency referenced in the contract, and is not rolled-over.

• Commodity forward contracts provided that physical delivery of the commodity is intended and the contract does not permit cash settlement in the ordinary course;

• Evidence of a deposit of certain federally and provincially regulated entities.

• Contracts meeting the definition of both security and derivative in the Act, provided that    such contract is not a security solely by virtue of being an “investment contract” or “option”.

• Certain listed issuer compensation products where the underlying interest is a stock or share of the issuer.

The purpose of the Trade Repositories and Derivatives Data Reporting (TR) Rule is to improve transparency in the derivatives market and to ensure that designated trade repositories operate in a manner that promotes the public interest.

The TR Rule is divided into two areas:

1) Regulation and oversight of trade repositories, including the designation process, data access and dissemination, and operational requirements.

What the OSC Seeks To Achieve

It is the view of the OSC that the impact of these proposed rules, including anticipated costs of compliance for designated trade repositories and reporting counterparties, is proportional to the benefits that it seeks to achieve. Greater transparency in the OTC derivatives market is one of the central pillars of derivatives regulatory reform in Canada and internationally, according to the Ontario regulator.

Timely access to data collected by trade repositories will enable Canadian regulators and the central bank to monitor systemic risk exposures of market participants, detect market abuse, and assist in the performance of systemic risk analysis on these markets.

It will also increase transparency in the OTC derivatives market to the public, reducing information imbalances through greater access and dissemination of appropriate data including aggregate data on open positions and trading volumes on a periodic basis.

According to the OSC, it is recognized that certain counterparties will incur some additional costs in order to comply with the proposed derivatives data reporting obligations.

The primary expenditure associated with the proposed TR Rule’s reporting obligations is likely to be the cost of updating systems or implementing new systems to facilitate the reporting of derivatives data to designated trade repositories. Once such systems are in place, additional areas of expenditure will likely include ongoing compliance costs and systems maintenance.

Certain provisions of the TR Rule and other external factors should help mitigate the initial costs associated with implementing necessary systems, processes and procedures for derivatives data reporting.

For example, the TR Rule provides a hierarchy for determining which counterparty is obligated to report derivatives data which is intended to ensure that clearing agencies and derivatives dealers do the majority of reporting.

The incremental implementation costs for such entities will be limited by the fact that many derivatives dealers and clearing agencies active in the Canadian derivatives market must comply with foreign trade reporting regimes and already have trade reporting systems in place. In addition, the TR Rule permits delegation of reporting obligations.

The ability to delegate reporting obligations to third-party service providers should provide end-users with a cost-effective alternative to direct reporting, without having to incur the initial costs associated with implementing reporting systems.

All derivatives transactions involving a local counterparty are required to be reported to a designated trade repository or to the Commission.

The TR Rule sets out the following hierarchy for determining which counterparty will be required to report a transaction:

1) Where a transaction is cleared, it should be reported by the clearing agency

3) Where a transaction in not cleared and neither counterparty is a derivatives dealer, the counterparties may agree on who will report or both counterparties will be required to report.

In terms of timing, reporting is required to be completed on a real-time basis. However, where it is not technologically possible to do so, the reporting counterparty must report as soon as possible but not later than the end of the next business day following the day that the transaction was entered into. Transactions that were entered into prior to the TR Rule coming into force will be required to be reported provided they have not expired or been terminated 365 days after the TR Rule comes into force.

Three main types of data must be reported under the TR Rule:

3) Valuation data, which includes the current value of transaction.

As Ontario is home to Toronto, North America’s third largest financial center, a full report on which is featured in the forthcoming Forex Magnates Industry Report for Quarter 2, 2013, it makes sense that the OSC is the first Canadian regulator to propose this methodology.

The perhaps unusual aspect is exactly how considerably less developed the regulatory structure is in Canada compared to its neighbor south of the border which has a very established regulatory system. As comments are invited by the OSC, it would be of interest to the industry in general to create a dialog here. Forex Magnates therefore welcomes comments on this matter.

– Will aggregation / B booking be allowed under these new rules? Can it be done by the broker, or does a separate entity (Liquidity Provider) need to do this? – can there be a certain % of trades that are rolled over but can still be exempted from the rule “Currency exchange contracts provided that the contract settles within prescribed timelines, is intended by the counterparties to be settled by delivery of the currency referenced in the contract, and is not rolled-over.” Is a day trader who closes their position out before rollover time also not considered a qualifying… Read more »