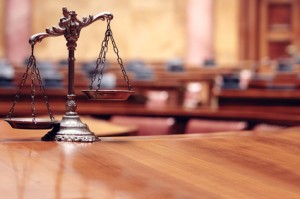 JPMorgan Chase & Co’s long-awaited regulatory finality has come to a close having settled a US antitrust lawsuit for rigging foreign exchange that is estimated at less than $1 billion.

The 2014 calendar year was consumed with ongoing allegations and fallout strategies from many of the world’s leading financial institutions. A total of 12 banks were accused of rigging the foreign exchange market, collectively constituting a $5 trillion-a-day market.

As a result of the settlement, JPMorgan, in essence, becomes the first bank under investigation to formally settle with US regulatory authorities via the U.S. District Court in Manhattan. Presently, the exact terms or settlement figures are unknown though JPMorgan’s penalty is expected to be less than $1 billion in fines.

5 Things to Consider Before Short Selling StocksGo to article >>

According to Michael Hausfeld, a lawyer for the investors, in a recent phone interview to Reuters, “The settlement is a responsible step by Chase in addressing its involvement. It is a beginning with respect to the accountability of other banks engaged in the same trading.” In a separate statement, the settlement was confirmed by JPMorgan’s spokesman, Brian Marchiony.

It remains to be seen what fate the remaining 11 banks have with regards to settlements, though this does not appear to be the last that we have heard from US regulators on the issue.

Yawn. But not for the taxpayer who ultimately end up paying though.