The People’s Bank of China has barred financial institutions in the country from taking part in Bitcoin transactions, causing the exchange rate to plunge as Chinese demand is perceived to be the driving force behind the recent skyrocketing rates.

Bitcoin isn’t a currency with “real meaning” and doesn’t have the same legal status as a currency, China’s central bank was quoted as stated by Bloomberg today. The public is free to participate in internet transactions provided they take on the risk themselves.

China has stiff capital controls, limiting the amount of currency transactions allowed to its citizens and businesses in order to keep the exchange rate pegged within a tight range and not float freely. Bitcoin transactions allowed Chinese residents a way to circumvent the rules by exchanging their RMB yuan to Bitcoin, and then exchange it to USD in offshore exchanges.

According to Chinese technology portal TechNode, financial institutions in China are now barred from pricing physical goods or services in Bitcoin, accepting it as a currency, offer financial services for it, or invest in it. Additionally, Chinese insurance companies are not allowed to cover any Bitcoin related matters.

As for Chinese Bitcoin exchanges, they are now required to register with authorities overseeing the telecom industry, and need to follow the Anti-Money Laundering law and KYC regulations requesting users to provide valid identification certificates and report suspicious transactions.

After today’s announcement by the People’s Bank of China, the price of Bitcoin dropped by as much as $200 on Mt.Gox in about an hour as reported by Payment Magnates, and it is currently down to ¥5,380 on BTC China from a high of ¥7,395 just 4 days ago. 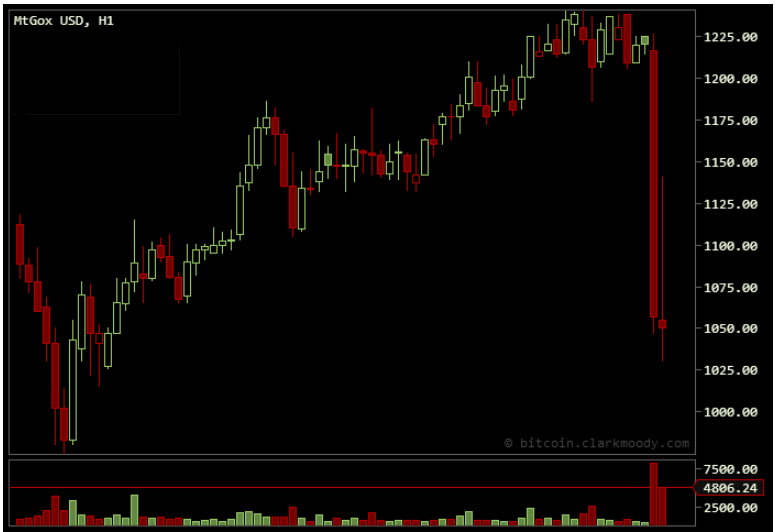