Recently there are more and more signs that despite the scams and cyber-attacks, Bitcoin is becoming a viable investment in the eyes of different types of financial players all over the world. On Friday, November 22, I sat down for an hour-long talk with Ron Cao, Co-Founder and Managing Director at Lightspeed China Partners, after it was announced earlier that $5 million was invested in the Bitcoin exchange BTC China. This article aims to summarize Mr. Cao’s way of thinking on the matter. 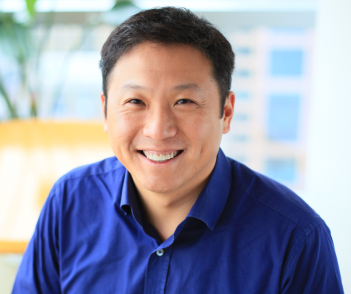 Born in China, Mr. Cao has a master’s degree in Electrical Engineering and Computer Science from the Massachusetts Institute of Technology, and after working for Intel Corporation for over two years he moved to the VC industry by joining KLM Capital in 1999, where he served as a managing director until December 2005.

In 2006 Mr. Cao established the China operation of Lightspeed Venture Partners, a Silicon Valley Venture Capital fund with over $2 billion in total capital and assets around the world. Lightspeed China Partners was a spin out in 2011 as a $168M China-focused venture fund of its own and managed by a team of six executives in offices in Shanghai and Beijing.

Lightspeed China Partners focuses on investments in early stage Chinese technology startup firms. The fund is looking for opportunities to invest seed and series A funds in the fields of internet and mobile, technology enabled services like e-commerce, and enterprise level IT, especially in emerging trends such as SaaS, cloud computing and storage.

The partners discuss trends among the worldwide offices but each office usually invests locally. In the case of BTC China, the largest Bitcoin exchange in the world, Lightspeed China Partners led the first round of funding a $5 million investment with cooperation from the global Lightspeed Venture Partners.

When I asked Mr. Cao what led them to that investment, he told me they have been interested in the virtual currency space since early this year. The research into Bitcoin was mainly conducted by reading a lot about digital currencies, and meeting with knowledgeable people in this matter from China and around the world until they came to believe with a high degree of certainty that it will play a role in disrupting financial services.

Following that realization, Lightspeed Venture Partners started looking for Bitcoin opportunities in the U.S and China, and in April invested in OpenCoin, the firm behind the distributed exchange Ripple, an investment followed by Google Ventures a month later. Over the last quarter of the year, the Lightspeed China partners felt they got more knowledgeable about Bitcoin, and got to know the team of BTC China well enough to become comfortable investing in their firm.  It took about two quarters from research to investment, not an atypical time for a seed investment.

It is too early to say how the global structure of Bitcoin exchanges will look like according to Mr. Cao, but he sees a divide between China vs. the rest of the world. As the rest of the world is more connected in terms of financial services, it is possible for international Bitcoin exchanges to serve clients in various countries, but China will probably have a few national digital exchanges, or at least that is the thesis the funds is operating by.

Interestingly, Mr. Cao prefers to refer to Bitcoin as a “digital commodity” or an asset, not a currency as he believes this term better explains the nature of it. He likens Bitcoin to a commodity, such as gold, because it has intrinsic value and a finite amount. Therefore, it is possible no specific central exchange will dominate as liquidity and size do not matter, and about three players will share each market.

From all the digital currencies, or digital commodities, Mr. Cao believes that at this time Bitcoin is the best to bet on for long term viability, as has it has the most support and the most ecosystems driving it to be on top. In any case, the technology is agnostic, and can support whatever digital asset people will want to trade.

When I asked Mr. Cao if he think Chinese investors would rather work with an exchange located in their home country where they know the regulatory environment or in an “offshore” financial hub like Singapore or Hong Kong, he told me that since Chinese RMB is under currency controls & not freely tradable, Bitcoin is not regulated yet anywhere else, and with China “taking a very positive approach to Bitcoin” he thinks Chinese investors will prefer an exchange on the mainland.

Mr. Cao told me he was impressed on how BTC China take AML and KYC procedures very seriously, which is suitable to encouraging trust both by Chinese traders and by government regulators. They also work to educate the regulators about how Bitcoin is beneficial to society and businesses. The team at the exchange is praising Bitcoin in China and have the right mindset about growing a healthy ecosystem that can support it.

Obviously, LightSpeed is a VC platform and not a hedge fund, so they won’t trade on Bitcoin directly, but I asked why they invest in an exchange and not in a Bitcoin mining equipment company, or any other Bitcoin related firm. Mr. Cao answered that they have invested much thought as how to exactly have a Bitcoin “play”, as they are strategic long- term equity investors, and an exchange has a chance to become a big and profitable business. Other sectors like digital wallets are not there just yet, but maybe down the road that will change. Additionally, in BTC China they have found a team they can trust, and a vision to focus on technology and security.

Chinese investors have been very aggressive in their demand for Bitcoin which is said to be the driving force behind the skyrocketing rate recently. I asked Mr. Cao’s opinion on this issue. While it is impossible to know for sure according to Mr. Cao, his guess is that the fact that Chinese central media, such as the state run CCTV, has taken a role in educating the market in a positive way about Bitcoin, it has played a major part.

When there is a Bitcoin related news story, as was the case with his own BTC investment, it is very popular and the reactions on Chinese social media sites are positive as the general Chinese audience is more in tune with technology, in his opinion. This also has the effect that anyone looking for free advertising can now latch on to the Bitcoin hype, a  recent example being a media savvy real estate developer in China who announced that he will sell homes in Bitcoin only to attract young clients.

Thinking about Bitcoin itself, Mr. Cao said the interest is mostly speculative in the short term, as it still only has very limited use, and the high price has a feeling of a bubble right now. It is hard for him to say in this early stage what the future for Bitcoin is, but Mr. Cao believes that in five years or even sooner, Bitcoin will be a part of many micro payment solutions, which will be the first sector to adopt Bitcoin-use as it is designed to be very divisible to tiny fractions. Chinese search giant have already started experimenting in this.

When trying to let his imagination run loose with more wild speculations, Mr. Cao envisions it is possible Bitcoin will become a world recognized currency, mimicking gold, neutral, fast, secure, trading with derivatives of multiple digital currencies, and making obsolete all other micro transactions. For now he said, the use is not fully tested and depends on people and governments in order to succeed.

When I asked if Lightspeed China Partners will have a focus on FinTech from now on, Mr. Cao answered:” We fundamentally believe technology changes everything and can disrupt almost anything.”

Share this article
Tags: bitcoin / gold
Got a news tip? Let Us Know