Exactly one month has passed since Binary Options brand Banc De Binary ended up on the receiving end of legal proceedings issued by the US Commodity Futures Trading Commission (CFTC) and the Securities and Exchange Commission (SEC) for soliciting business from US citizens to invest funds in off-exchange binary options, a practice which is illegal in the United States.

During the last four weeks, the firm has maintained its silence until today, when Banc De Binary CEO Oren Laurent issued a statement to Forex Magnates to begin to clarify the firm’s position on the charges leveled against it.

The short but concise statement confirms that Banc De Binary is discontinuing all business activity in the United States of its own accord and that the CFTC and SEC have both asserted that Banc De Binary is not permitted to offer its binary option products to U.S. residents without registering with those agencies, a procedure which would require transactions to be effected via an exchange. 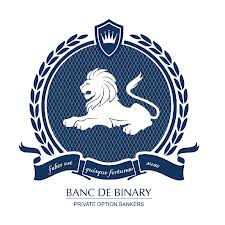 The statement continued to the effect that Banc De Binary is in negotiations with both regulators at present, and that no further US citizens will be brought on board as clients, nor will the firm promote its business toward the US market at this stage. It does not, however make any reference to the current position of the regulatory lawsuit against the firm.

In terms of existing accounts held by US customers, Banc De Binary seeks to cease the trading accounts of these clients and return their funds, minus any unvalidated bonus granted to them by the firm.

The corporate statement made by Banc De Binary has been generated by the firm’s legal department and although submitted to Forex Magnates today, represents a general legal statement aimed at industry participants, prospective and existing customers. Whilst it addresses the issue of making such parties aware that the firm is not taking on business from the US market and conforming to the rules, it does not make clear as to whether the CFTC and SEC have reached an outcome or decision as to whether to pursue the legal case for the transgressions which have allegedly been made up until this point.

It has not yet been proven by the regulators as to whether the firm knowingly solicited clients in a jurisdiction where it is not legal to do so.

Back in January, Banc De Binary issued a press release, stating that the firm was applying for CFTC regulation and purporting to have offices in the United States.

In order to make this step, it is required by the CFTC to register with an exchange to facilitate transparency of trade reporting, and therefore a firm such as NADEX would often come into the equation as it is not possible to gain a CFTC license to offer off-exchange binary options to American clients.

It was not made clear on the press release as to the firm’s position on this, and in early February, Banc De Binary issued a further statement retracting the press release for the reason that by the firm’s own accord January’s announcement to enter the US market “was inaccurate in several respects.”

At the time of the CFTC and SEC’s release of the regulators’ intentions to pursue Banc De Binary, Forex Magnates researched the future of retail binary options being offered in America. The result of this led to findings that a majority of platform providers were working on a seperate platform for the US market which will allow brands which wish to operate there to have a software solution which is compatible with the North American Derivatives Exchange (NADEX), therefore being compliant.

The majority of these are in their development stages, however Banc De Binary declined to discuss at the time as to whether this is a direction that the firm would take.

The investigation by the CFTC cited that the firm engaged in operating an an online trading website which allowed U.S. customers to trade options products from May 2011 through to March 2013, therefore demonstrating an overlap of allowing the business to continue subsequent to the retraction of January’s press release.

Whether Banc De Binary’s talks with the regulators will go some way to appease the CFTC and SEC enough for them to retract their respective lawsuits is yet undisclosed by either party.

Forex Magnates intends to report fully on the outcome once the final result of this matter becomes known.