Australian financial markets regulator ASIC has today published a full enforcement report for the first 6 months of 2013, from January to June inclusive.

The report comprises a detailed account of all 371 outcomes, including criminal action as well as civil and administrative action, enforceable undertakings and negotiated outcomes.

ASIC has been successful this year in ensuring that two FX companies entered into enforceable undertakings as a result of its implementation of First Derivatives Delta Stream system which conducts surveillance on the compliance procedures of companies.

The first of these firms was Halifax Securities in April, when 6 irregularities in the company’s risk management procedure were highlighted by the findings of the Delta Stream system.

Just a week later, City Index Australia entered into an enforceable undertaking with ASIC due to the company having inadequate procedures in place for the handling of client funds, a matter which also came to light through the data provided by the Delta Stream system.

The Australian authorities take a dim view of individuals and firms which engage in insider trading. During the period between January and June this year, ASIC has entered into criminal proceedings against six entities on this basis. 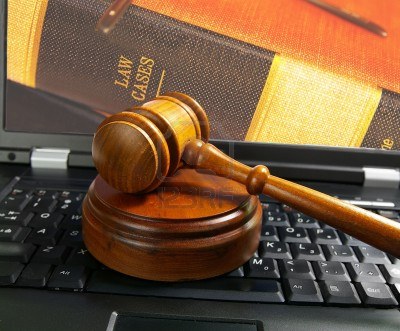 Administrative remedies have been applied to one firm for market manipulation, and a further 2 entities for flouting market integrity rules. Five criminal prosecutions took place for making misleading statements or dishonest conduct, along with 12 civil cases and 4 undertakings for transgression of the same law.

An example of this is the inappropriate advice and questionable marketing approach of self-styled “Aussie Rob” FX training company Lifestyle Group. In June this year, ASIC prosecuted Murray John Priestley, the company’s CEO, and banned him from providing financial services for 3 years.

ASIC wound up the Trader side of the business, responsible for providing training and software to delegates, a practice on which opinions vary significantly and of which regulators often observe with a fine toothed comb.

And the Enforcements Continue…

ASIC has concluded that it has proceeded with 78 enforcements during this particular period, all of which have reached an outcome, in the areas of market integrity, corporate governance and financial services.

The Australian government alongside ASIC has during that period engaged in a series of moves to strengthen its regulatory scope, including recommending an increase in the net capital requirement for financial services businesses, the winding up of firms which disobey the rules, and the constant surveillance of compliance departments by use of the Delta Stream system.

ASIC has not rested on its laurels, and although this report relates to the first half of this year, the regulator continues to purge unacceptable behavior from Australia’s FX and financial services landscape.

Earlier this month, forex and OTC derivatives broker Apex Derivatives was wound up by ASIC and its assets liquidated due to inadequate capitalization, trading whilst technically insolvent and purporting to have an ASIC financial services license by advertising on its website, despite the license having been revoked by ASIC at an earlier stage.

Within today’s report covering January to June, ASIC has also included aggregate data for the past two years it has been publicly reporting on its enforcement results.

“With investors’ search for yield in a time of low interest rates seemingly showing no signs of slowing down, we will target misleading or deceptive advertising and sales practices by product issuers to ensure higher risk products aren’t being mis-sold,” Mr. Tanzer said.

“Likewise, as the number of corporate insolvencies in Australia continues to rise, we will be looking to key gatekeepers such as directors and insolvency practitioners to ensure that they make appropriate decisions and uphold their obligations.”

Mr. Tanzer said that the discovery of legacy issues by firms – uncovering problems with older products or processes that need rectification – as a result of recent reforms such as Future of Financial Advice (FOFA) and Stronger Super, both government initiatives intended to overhaul the entire financial services industry, brought the obligation to self-report breaches to ASIC to the forefront.

“ASIC will work constructively with companies who act promptly and appropriately in reporting breaches, to ensure that compliance issues are analysed and resolved and that consumers and investors can feel confident in the financial system” is Mr. Tanzer’s conclusion.