Amid the current array of decisions being made by the US regulatory authorities surrounding trade reporting, the Commodity Futures Trading Commission (CFTC) yesterday approved an order to remove the foreign exchange asset class from the provisional registration of IntercontinentalExchange’s ICE Trade Vault as a swap repository.

In the run-up to the anticipated Dodd-Frank rulings on trade reporting, the CFTC had originally granted provisional registration to ICE Trade Vault, LLC as a swap data repository on June 27, 2012, to accept swap data for the interest rate, credit, foreign exchange, and other commodity asset classes.

Although not the first time the CFTC has granted an order to remove an asset class from this particular repository – the interest rate asset class having been removed on December 3, 2012 – it could be regarded as perhaps more than a coincidence that the regulator has taken this particular action at this point in time.

So Much To Do In So Little Time

What a difference a year makes. Since IntercontinentalExchange launched its ICE Trade Vault swap data repository following CFTC approval in June 2012, the US government has been engaged in discussion with senior financial regulatory figures and FX industry management teams, brokers and technology providers alike.

ICE Trade Vault’s mantra is to leverage connectivity to a range of market infrastructure solutions, swap execution facilities (SEFs) among them. 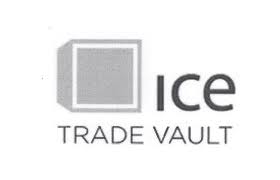 The jury is still out on the exact responsibilities that will be foist upon the various segments of the industry as a whole with regard to SEFs, not least a conclusive definition over the exact timescales that the final rulings will be set in place, and full clarity of what will be expected from the FX industry as there is currently no trade confirmation service for FX, and despite the CFTC issuing a full and detailed set of instructions earlier this year which categorize swaps and require SEFs to be established, there is still a large amount of ambiguity from all sides, including among the regulators themselves.

Additionally, although some technology providers have adapted their solutions to be SEF compliant, Integral Development Corporation being one of the earlier examples, there is still a considerable amount of ground to cover within the Senate panel meetings regarding what the SEFs will become, and how they will trade.

Bearing this in mind, it is an interesting move by the CFTC to remove the entire foreign exchange asset class without full regulatory definition having yet been reached. No exact reason was proffered either, as the CFTC may consider it infra dig to provide reasoning before finalizing the entire framework for trade reporting.

A full report on the Dodd-Frank Act and the progress made so far this year by the US Senate panels, regulators and those influential in the industry will be available within the forthcoming weeks in the Forex Magnates Industry Report for Quarter 2 of 2013.