XTB is certainly one of the more intriguing companies in the forex market. Fairly unknown outside Eastern Europe until few years ago, it broke into the mainstream and became one of Europe’s leading forex broker while simultaneously expanding very aggressively in other regions such as India and South America.

We caught up with XTB’s CEO Jakub Zablocki for a chat about XTB’s market position and future directions: 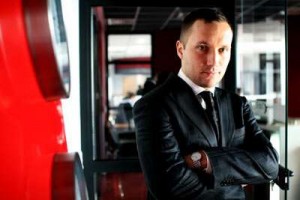 Please tell us a bit about XTB (market positions, volumes, offices, regulations, etc) and yourself.

We are regulated by FSA, KNF (Polish FSA) and CMB (Turkish FSA) and co-regulated by a number of EU regulators through EU passporting of financial services. As for size, we rank ourselves among top 20 forex and CFD brokers. We do not publish detailed data, if we don’t have to – this our internal policy.

I am 37 years old, I am one of shareholders of XTB Group. My professional background is in the banking sector (Commerzbank Group)

XTB has built its position in Eastern Europe using aggressive marketing. We have seen XTB cooperating with Vodafone Mercedes F1 racing team. Did it bring XTB closer to its business goals?

Yes, i believe that the collaboration was fruitful but situation is changing and CFD companies should focus on more product oriented advertising to show prospective clients what their key selling points are. We already started to follow this direction.

We have read in many interviews that you stated that XTB wants to be among top 5 brokers in Europe, competing with London based giants. In your opinion, what are those unique features of XTB, that could allow you to compete with leaders of fx market?

For sure much higher flexibility, local approach and better trading technology.

As a new company entering the market 7 years ago, you had to use liquidity provided by some of the brokers you are now trying to compete with. Do you think Western/UK brokers missed their chance of entering Eastern and South Europe like you did and what allowed you to grow your business?

I don’t think so. I do not divide brokers as Eastern and Western. Business is very global now and country of origin doesn’t play a huge role nowadays. For instance, only part of our incomes comes from Eastern Europe and a huge part comes from Western Europe, Turkey and other parts of the world.

We mostly talk about brokers from Western Europe but there are also companies from Eastern Europe, such as Admiral Markets, which now has 27 offices worldwide now – something we do not see among Western brokers. XTB is also opening local offices instead of acting directly from main office where it is registered. Is that a way to conquer markets these days?

We believe that you have work locally to win the business. On the other hand you cannot exaggerate as costs of running fx business are more and more relevant.

There is this ongoing debate on forex market whether we are witnessing a ‘forex bubble’ or not. There is large number of brokers and new companies that are entering the market literally each month. What is your opinion on current state of things in the global forex market?

I fully agree. The market is really saturated now. I am sure we will see consolidation and forex companies leaving the market sooner than expected. But on the other side, it is the normal business cycle.

In recent years, the forex market witnessed growing interest in so called ‘social trading networks’ and ‘auto-trading’. XTB does not seem to put that large interest behind it and is promoting it on smaller scale than let’s say US brokers. Why is that? Do you think it is just a temporary ‘hype’ or serious trend of the market?

We see the potential in social trading; we have it in our development pipeline. You will see our system shortly. I hope traders like it.

Give us your vision on how the forex market will evolve in next 3 years. In which direction will it go and what are the ‘next big things’ waiting around the corner for customers and traders?

What is XTB doing in terms of technology? How do you differentiate? Do you have any upcoming interesting developments?

Technology is playing extremely important role for us. In the last few years, we invested a lot in our development team. We have a number of new products under development now and they will be released shortly but I would like to tell about it before official release.

the interview-ee did not elaborate on why they are not promoting automated trading. They also did not go into detail on what makes their offerings (platform, service) unique or competitive, besides the local penetration.