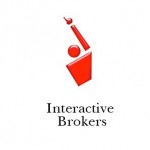 US multi-asset financial services firm Interactive Brokers has reported 2014 earnings. The listed provider welcomed volatility in the second half of the year which saw market activity increase. The broker stated that net revenue was $1,043 million and income before taxes was $506 million for the year, compared to net revenue of $1,076 million and income before taxes of $451 million in 2013. The firm will be paying a dividend to shareholders of $0.10.

The Greenwich-based broker, that offers users access to global financial instruments including stocks, forex, futures and options, saw an overall increase in its pre-tax profit margin for 2014 (49% year-over-year). Figures were positive across its different segments; In its electronic brokerage unit pre-tax profit margin for 2014 was 62%, with a 40% rise noted in its market making division.

Figures were strong in its client numbers and funding metrics. New accounts increased to 281,000, thus signifying an 18% increase year-on-year. The total value of funds held also increased to $5 Billion, with the firm seeing a 24% rise from figures reported in 2013.

The latest news comes on the back of a recent loss reported by the firm amid the Swiss Franc chaos, the firm issued a notification which states that its client lost $120 million during the epidemic, on Friday the firm’s share price dipped 10.4%.

Although the 2014 figures were positive, the company did miss its Q4 EPS of $0.02. The NASDAQ traded firm saw a slight impact on its share price which closed 5.9% in the red zone in after-hours trading.

Interactive Brokers is one of the largest and most established brokers in the US, it was established in 1977 as a market maker and consequently became a broker in 1993. The firm hails itself as a provider of best execution, as the firm’s order routers dynamically route and re-route all or parts of orders for optimal execution.