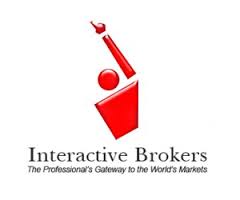 Interactive Brokers Group (NASDAQ GS: IBKR) joins a short list of brokers who suffered sizable losses yesterday at the hands of the SNB’s snap decision to abandon its currency peg, whose client losses are estimated at $120 million.

Interactive Brokers share prices (NASDAQ:IBKR) toppled -6.74% at the time of writing, retreating to November lows, according to researchers at Forex Magnates. While the fall in conjunction with the client losses are indeed noteworthy, Interactive Brokers did escape a far worse fate witnessed by FXCM (NYSE:FXCM) – at the time of writing trading had been suspended with the US broker shedding -88.2% down to $1.42.

Along with FXCM, who reported losses of $225 million, Alpari UK also tasted the bitterness of insolvency, per an announcement earlier today. This follows one day after IG Group released a statement showing gaping losses as well.

On the opposite side of the coin, most brokers appear to be operating smoothly with the axiom “business as usual” having its day around the FX industry. These include, among a list that seems to be growing by the hour, OANDA, FXOpen, FXTM, Darwinex, BMFN, GAIN Capital, Pepperstone, etc.