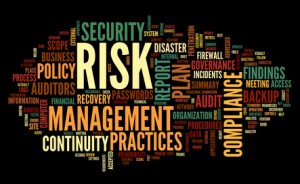 There’s been an ongoing debate about the dangers of trading foreign exchange across the mass media, with some pundits arguing that excessive risk taking is characteristic of the forex market. While there are many cases where excessive leverage has been the cause of busted savings accounts and detrimental trading decisions, this notion is rather one-sided.

Since the dawn of financial markets, investors have started looking for and employing riskier strategies. Nowadays, a number of institutional and retail participants have access to leverage, and it is true, that sometimes, especially in the retail sector, those levels are incredibly high and increasingly risky.

Risk is a two-way weapon and bigger risk takers have a bigger chance of becoming big winners, but also, they are more likely to get the principal on their accounts lost. One of the big brokers that suffered through the Swiss franc crisis, Interactive Brokers, has been at the forefront of the media, explaining that the company’s losses were mostly in the futures sector.

In the bond markets, these are the central bankers, in the foreign exchange fixings markets, we have seen that a number of commercial banks have been bold enough to conduct manipulation on a large scale. If anything, the recent Swiss National Bank (SNB) shock is the precise demonstration of what the ramifications of fully trusting a central bank are.

But where does the market leave the risks and why is foreign exchange not much riskier than any other asset class? What has been the issue with retail forex trading? We spoke to a couple of experts before and after the Swiss National Bank event, who shared their views on risk taking and the forex market today.

Speaking to Forex Magnates’ reporters quite some time after the 15th of January, the Chief Executive Officer (CEO) of Interactive Brokers, Thomas Peterffy, explained, “A trader should be aware that there is a time when they can lose more money than what they deposited with their broker and they have to be good for it. It does not happen often, but it does happen from time to time.”

The shock and awe that followed the SNB decision have left many professionals scratching their heads, Mr Petterffy said, “I do not recall a currency peg that was broken in such a manner as the recent Swiss Bank event. This event was reminiscent of the stock market crash of 1987 where markets lost nearly 25%, and several price moves in markets in 2008-9 that approached 10%.”

“But those large price moves did not occur in an instant, but rather occurred in the span of minutes or hours, providing Brokers and customers sufficient time to liquidate. There are many occurrences in other markets, but moves in individual stocks are the most likely comparisons that come to mind,” he concluded.

The New Role of the Forex Broker in a Changing Market

So what has been done wrong on the forex market? According to the Head of Analysis of NetDania, Klaus Ikast, recent media comparisons between the forex market and a casino are not entirely out of touch with reality.

He elaborated, “If traded right, the forex market does not even remotely resemble a casino. It is a matter of focus – the retail business is only around 6% of the total market turnover. Granted, some retail brokers run their trading business like a casino! And the biggest scam in retail forex industry is to give customers the impression that it is easy to make money.”

There are those spots on the internet that do proclaim easy and excessive returns. Trading the financial markets have never been more accessible for retail investors, but it hasn’t become much easier.

Mr. Ikast explained, “Successful forex trading requires a high level of knowledge and skills. The investor can, at least in part, control outcomes. He is not able to control whether a trade ends at a profit or a loss, but he can in fact control the monetary impact of his trades by proper position sizing, and calculated risk-reward ratios – i.e. through money management. Practice can make a person a better trader.”

“The trader’s biggest enemy will always be himself. Not anyone else or the market. Traders are humans and they have emotions that get in the way if they do not know how to manage them. True strength is the courage to admit our own weaknesses,” he said.

Once again, it does come down to leverage and Mr. Ikast is amongst the few who are very conservative when advising retail forex traders about gearing, “Until the novice trader has built specialized knowledge and strong skills, the leverage should be kept between 1:1 to 1:3. Leverage of 200:1 or 500:1 has no place in a serious trading strategy. Use common sense.”

The comment above was made by Mr. Ikast before the Swiss National Bank event hit the wires, the traders and the brokers. Has a big chunk of the retail forex industry gone ahead of itself?

“There is no magic short cut when it comes to developing trading skills. No special indicator or system is going to accomplish what proper training and experience can do. Forex trading is a full time business. It’s better to go slowly in the right direction than go speeding off in the wrong direction,” Mr. Ikast concluded.

Arguably, there will never be an optimal market for retail traders. Some of them will always be prone to take more risks, despite what they are being told. While regulators do have a role in ensuring a fair market place, the choice of how much risk a trader can take should  ultimately be up to the trader.

Brokers should be busy with providing a level playing field and a fair market place, this is clear. However there is more – the fact that so many traders had no idea that their accounts could go into negative territory, says that there’s been a great misconception about the product of retail foreign exchange.

An element of over exaggeration which is bringing a set of challenges to the industry right now, especially after a month of dwindling volumes due to some new range trading in majors. Brokers shouldn’t be here to protect their clients against their bad decisions, but the least they could do is spread no illusions about how easy it is to make money on any financial market.

Be it forex or futures trading,risk is associated with both.Mr ikast well said that traders themselves are their enemies.To survive in financial markets, one has to learn managing his trade and risk.It was a nice article to read!

Indeed. If leveraged trading has been deemed too risky for Investment Banks by the regulators ( as it has in retrospect i.e. securitized debt) then you have to ask yourself why is it OK for Mr and Mrs Smith ?

A friend of the family told me about an uncle of his who had to sell his boat and home due to a bad oil trade. This was in the ’90s so not a new phenomenon here. Putting things into perspective it was much more difficult to trade 20 years ago, far higher barriers to entry in terms of margin and less access to information.

Risk is what you define it to be. Risk is how you manage your own trading activity. There is a substantial level of risk but it is up to you us as traders to determine how much we will increase this risk. Mr Ikast says that practice can make a person a better trader and I totally agree with this but only if that trader is willing to learn from their mistakes. Only if the trader has the capacity to understand how to improve.

I strongly agreed regarding Mr Ikast statement on leverage. I myself trade on lower leverage.