According to data released by the Tokyo Financial Exchange (TFX), volumes traded through its FX Margin contracts platform Click 365 decreased by almost 10% in January to 3,615,678. The figure looks upbeat when compared with last January, as Swiss franc trade jumped by 1,207%.

Average daily trading volume was 172,176. Other major currency pairs which registered material rises were the Canadian dollar and euro to the Japanese yen, and the US dollar to the euro, where activity increased 84% as compared to the relatively upbeat month of December. 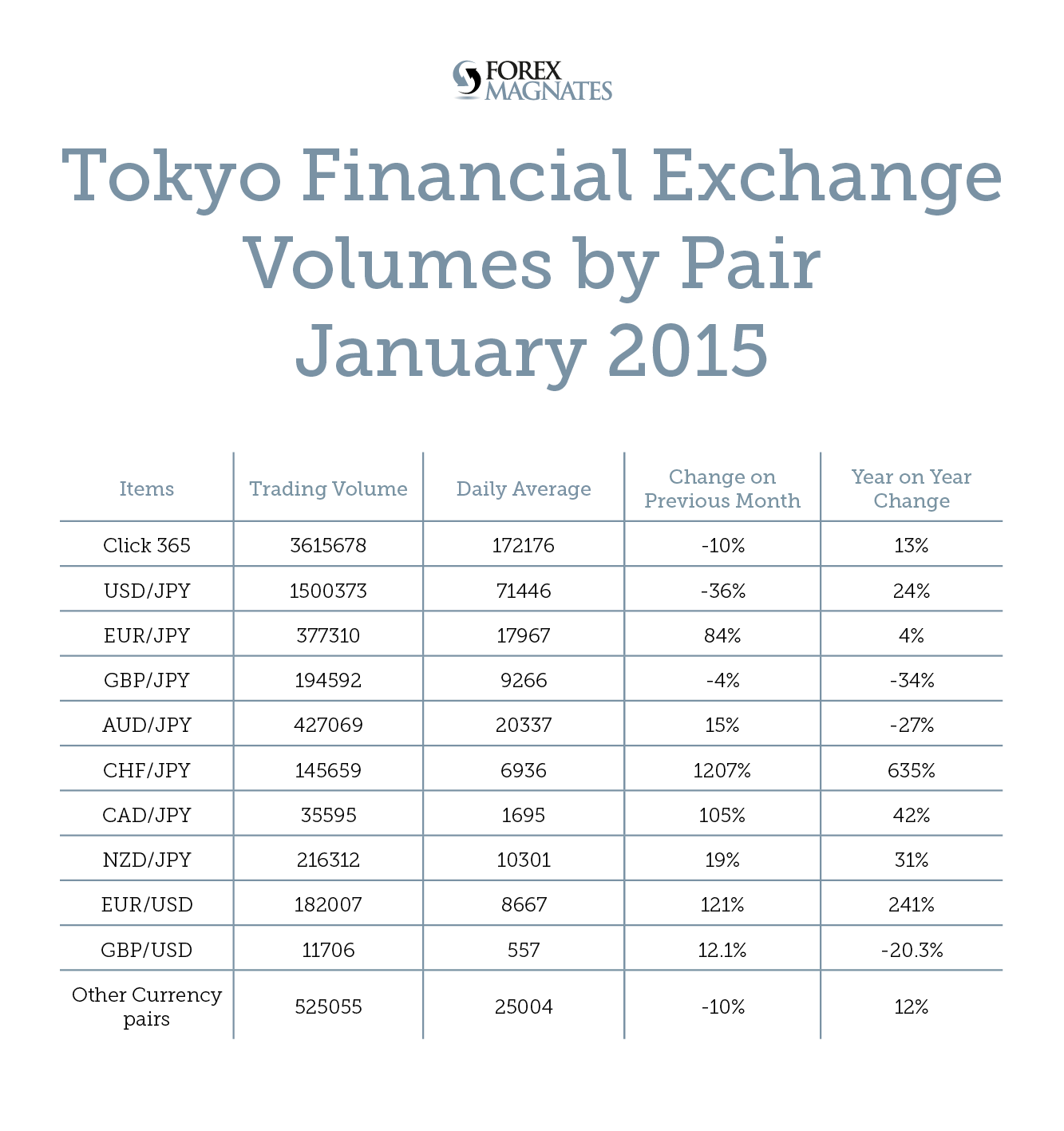 The bulk of the decline in foreign exchange trading volumes in January has been attributed to the most traded pair on the Tokyo Financial Exchange Click 365 platform, the US dollar and Japanese yen. The USD/JPY traded in a relatively tight range throughout the month with no material risk adjustment of positions taking place.

Share this article
Tags: tfx
Got a news tip? Let Us Know