Yesterday’s price action saw gold sell off to a fresh 7-week low just above 1,190 before the market reversed quickly on simultaneous releases of consumer confidence and the printed testimony of Janet Yellen. As we were expecting, it was a pretty neutral statement from Janet in her semi-annual testimony, but she repeated the word that the market had been waiting for, ‘patience’, meaning that rates are unlikely to be changed at the next couple of meetings.

Demand for the safe haven asset was already low as we saw with gold selling off for the last 4 weeks as virtually everyone is/was expecting the Euro group to accept the Greek reform proposals for extending its bailout. Gold initially fell and the dollar rallied as traders focused on a line of her pre-written opening speech that suggested the interest rate hiking cycle could start at any future FOMC meeting.

However, as always, the market realized that the fed’s decisions will be data-dependent and that if forward guidance is changed it does not necessarily mean that rates will be changed in the next couple of meetings. Instead, it means that conditions have improved to the point, and in Yellen’s own words ‘where it will soon be the case that a change in the target range could be warranted at any meeting.’

Even though gold continues to make a series of lower lows and lower highs since the $1,307.40 high on January 22, defining the near-term trend as down, we can clearly see on the 4 hour chart that momentum is running out with several divergence on the MACD. 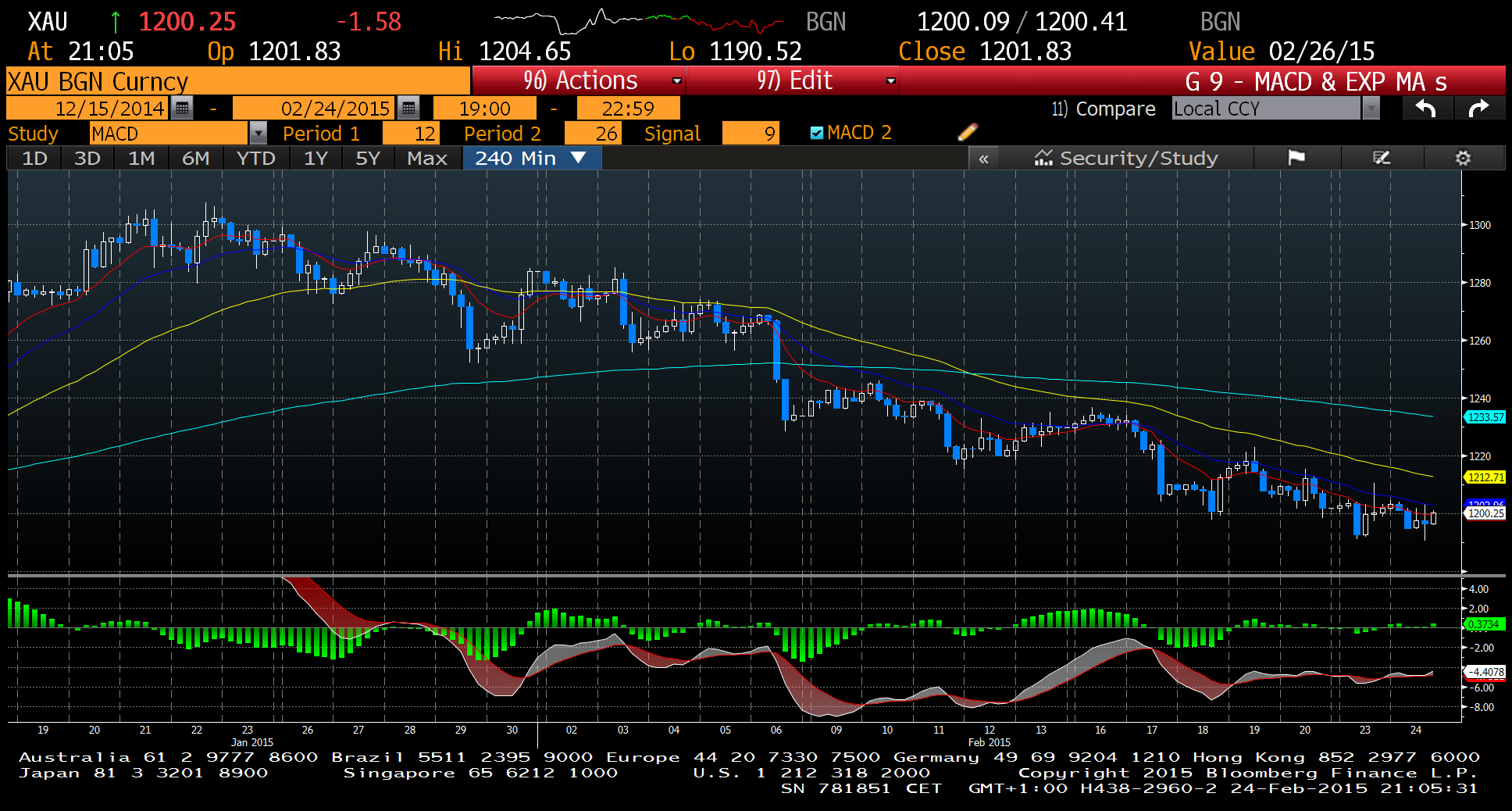 So we believe that gold is very close to turning and a close above the moving average at 1,213 would give us confidence that a trade up and break of $1,223.38 in a succession of a five wave rally would indicate that gold holds greater upside potential.

If we look at the long-term gold chart we can see that we have completed 5 waves down from the 2011 highs, so is this the perfect time to buy gold. Only time will tell, but with the excessive bearish sentiment and bullish divergence in the weekly, as well as the shorter term charts, we think like Charlie, it’s time to start buying that GOLDen Ticket. 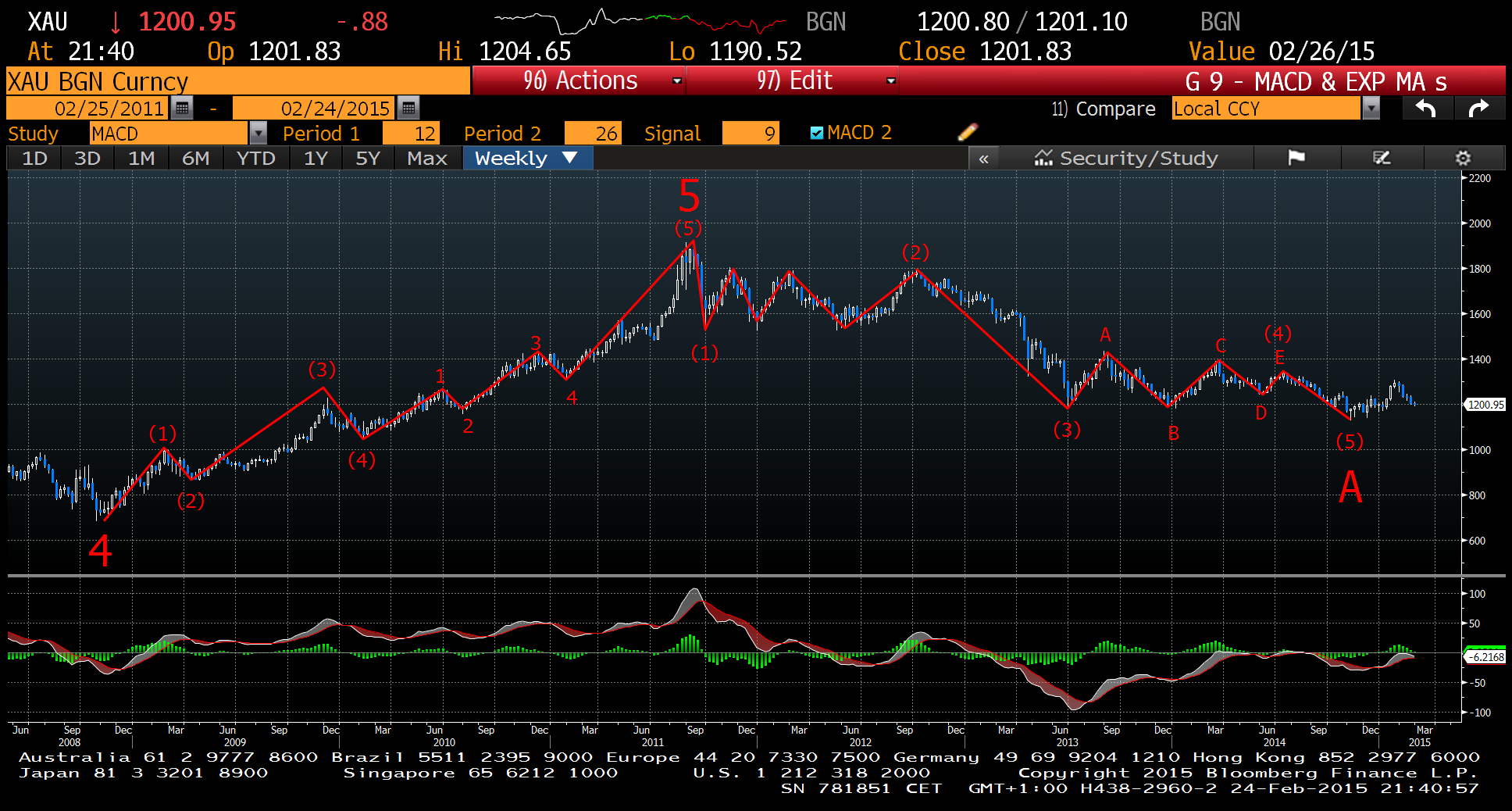