Japanese broker, Invast Securities has reported that Operating Revenues declined during June. For the month, Operating Revenues fell from ¥379 million ($3.03 million) in June to ¥333 million ($2.43 million) last month, a 12.13% decline. The drop occurred as brokers and trading venues reported weaker FX volumes during July, as a summer slowdown appears to have set within the markets. 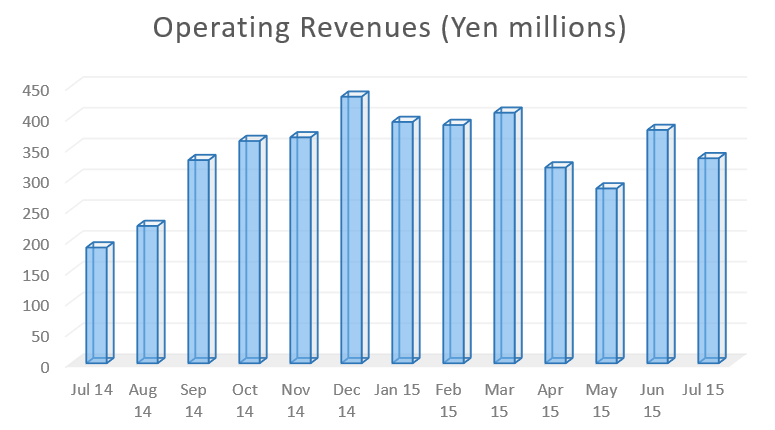 Despite the summer decline, trading in August within Japan could be set to become active soon. With the USD/JPY trading at a current 124.79, it is at its highest levels since hitting multi-year highs of 125.85 in June. Those highs in June took place after the USD/JPY began to rally in late May after breaking above its 121.70 resistance. As such, a break of June’s highs could trigger new volatility in the yen which would be expected to be positive for Japanese brokers.

Share this article
Tags: invast-securities / Japan
Got a news tip? Let Us Know