Saxo Bank has reported its monthly metrics for October 2015, which saw rebounding volumes off of last month’s lackluster performance across its foreign exchange (FX) business.

Last month, Saxo Bank incurred a decline across its average daily volumes to the tune of -6.7% for the month to $9.8 billion from August’s $10.5 billion. Overall however, the Danish broker reported $216 billion in assets traded during the month of September 2015. The drop in trading activity was similar to the results experienced at other trading venues such as the CME, HotspotFX, and EBS, with September’s lack of volatility underpinning overall volumes.

In terms of its total volume, Saxo Bank yielded a figure of $218 billion in October 2015, corresponding to a marginal growth of less than 1.0% MoM from $216 billion in September 2015. The latest figure also is noticeably lower than the $392 billion in total volume secured last October 2014, which equates to a -44.4% loss YoY. 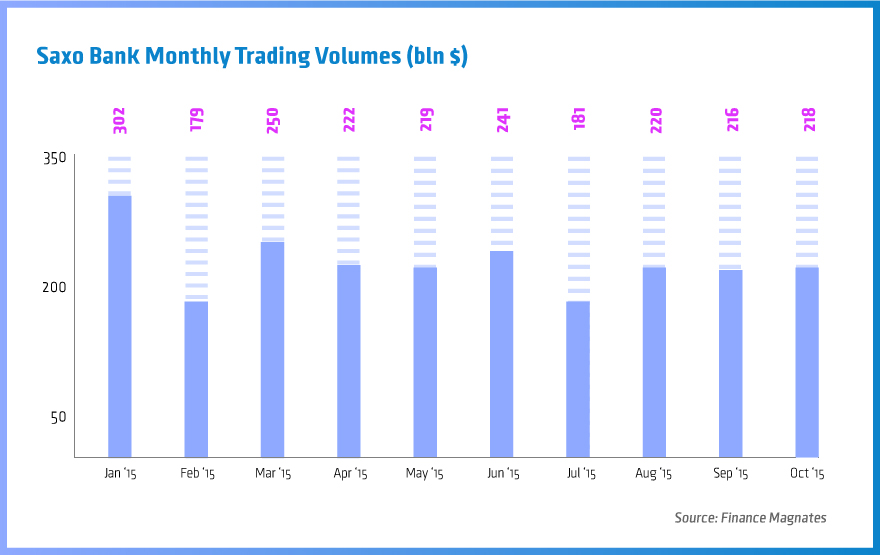